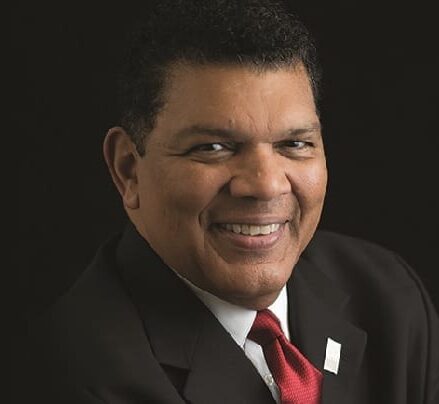 Larry Alexander, president and CEO of the Detroit Metro Convention & Visitors Bureau, has announced his intention to retire, effective Dec. 31.

Through his leadership of the DMCVB for the past 22 years, Alexander has played a pivotal role in the economic transformation of metro Detroit by spearheading initiatives that spotlight the resurgence of Detroit. He also guided work on the physical transformation of the state’s largest convention center—TCF Center—in order to attract larger meetings and events to the region. His bold initiatives have raised Detroit’s appeal as an exciting and dynamic city for tourism and conventions.

Alexander’s successful efforts to elevate the city’s profile included a focus on acquiring several national and international sporting events, including Super Bowl XL in 2006 and the 2009 NCAA Men’s Final Four and several other NCAA championships. To support this objective, Alexander established the Detroit Sports Commission, a wholly owned subsidiary of the DMCVB that also landed the 2003, 2008, 2013 & 2017 AAU Junior Olympic Games; the 2008 Women’s International Bowling Congress; and contributed to the successful bid for the 2005 MLB All-Star Game and the hosting of the 2004 Ryder Cup.

Alexander also assumed a leadership role in stewarding the continued growth and development of Detroit’s TCF Center, (formerly Cobo Center), the state’s most valuable convention asset. Designated by then-Governor Jennifer Granholm in 2009 as the state’s appointee to the five-member Detroit Regional Convention Facility Authority, Alexander oversaw completion of a new, world-class facility in 2015, while serving as DRCFA chairman. Under his leadership in this role, the facility was able to successfully increase revenue over 536 percent between 2010 and 2019 and provide interest savings of $108 million to state taxpayers due to early repayment of bonds. With more to accomplish at the center, Alexander will retain this position for the foreseeable future.

In 2012, Alexander and the DMCVB unveiled an advertising campaign to capture the momentum of Detroit’s revitalization. Themed “Detroit, America’s Great Comeback City,” the campaign resonated strongly with visitors for the next five years, earning worldwide recognition for Detroit and helping to boost tourism in the region to 19 million visitors annually. The DMCVB simultaneously introduced efforts to secure tourism from the international markets of Canada, England and Germany which has grown year-over-year since that time.

Alexander led the team that won for Detroit the 2015 convention of the American Society of Association Executives, considered a gold standard among conventions. Under his direction, for 19 years the DMCVB sponsored ASAE’s Diversity Executive Leadership Program which develops diverse individuals into future leaders of the association community.

He also steered the bid for other major conventions and events slated for Detroit, including FIRST Robotics World Championships for three years; the NAACP twice; the National Black MBA Association; the Evangelical Lutheran Youth Gathering; National Society of Black Engineers; the National Guard Association of the United States and many more. He initiated an international marketing partnership with Windsor, Ontario in 2008 while also successfully championing creation of a fund with the Michigan Economic Development Corporation to assist communities bidding for large special events.

“When it comes to attracting conventions and visitors, at one time Larry had one of the most challenging jobs in the country and in the tough times he was there with creative strategies and steadfast advocacy for our community,” says Marla Drutz, chairman of the DMCVB Board of Directors. “As Detroit began its rebound, Larry was always one step ahead in presenting metro Detroit as a phenomenal location for events and visitors. His work ethic, command of complex issues and client focus are also exemplary.”

Alexander has navigated the Bureau during both good times and crisis periods for the tourism industry. His expertise and tenacity successfully guided the Bureau during 9/11 and the mortgage crisis of 2009, both which rocked the travel industry. Each time, the Bureau came back stronger by all major measurements including income, annual convention bookings and national influence. Today, Alexander is steering the Bureau through the impacts of the COVID-19 crisis, considered among the most devastating events to worldwide tourism. Alexander’s focus in his final six months at the DMCVB is on developing a solid marketing and sales plan to resurrect meetings, conventions and leisure tourism in southeast Michigan and put the DMCVB and local hospitality industry back on the road to recovery.

Prior to joining the Bureau as an executive in the for-profit sector, Alexander took on a succession of increasingly significant leadership roles within Westin Hotels & Resorts, becoming the organization’s first African American general manager at the age of 29. In addition to managing Westin properties in cities throughout the United States, Alexander oversaw major renovations, repositioning, construction and opening efforts at flagship properties.

For his outstanding leadership in civic arenas, Alexander was awarded the 2012 Eleanor Josaitis Unsung Hero Award, the 2013 ASAE’s Academy of Leaders Award, the Governor’s Lifetime Achievement Award (State of Michigan) in 2015 and in 2016, Michigan Meetings + Events magazine’s Lifetime Achievement Award. He currently sits on the Chairman’s Circle of U.S. Travel Association where he helps drive travel and tourism policies and advocacy to advance the industry.

Alexander resides in Auburn Hills with Kitt, his wife of 33 years and daughter Carson.