Enlightenment and Tolerance in the Tradeshow Industry – By Lesley Martin 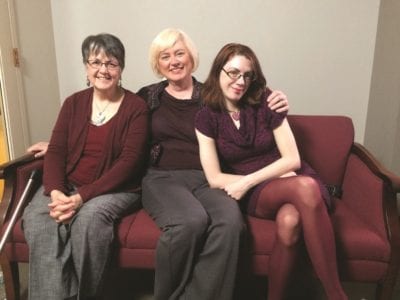 With roots in the construction trades, through most of the 1990s the majority of exhibit house owners, managers, and workers were men. Back then, the generations in the workforce thought in terms of building a lifelong career at one or two organizations, in which the promotion track was an invisible ladder for employees to move up, down, or get off as they advanced in their careers. White men traditionally held leadership positions, thus creating a cycle of white men promotions while equally-qualified women and minorities seemed to hit a glass ceiling, where they stayed on the same rung as they watched their white male counterparts continue climbing. Interestingly, at the same time, the relationship between agency builder and the client was mostly as a tactical supplier, rather than a strategic partner.

Huge technological advancements in the 1990s opened communication and created opportunities that transformed the way we do business. People found and formed new connections across the globe using the internet, giving talented employees who were stuck climbing the ladder a virtual web to swing to the next company, turning the ladders into jungle gyms.1 Geeky 20-somethings started revolutions from their garages, becoming millionaires sporting blue jeans and not black suits. In turn, businesses began seeking people who were smart and capable, rather than hiring based on subjective standards of who fit in, and the workplace became more diverse. 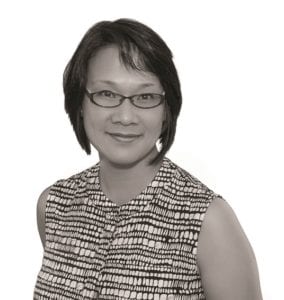 As the emphasis changed, exhibit house builders enhanced their offerings and tradeshows themselves became more complex. Service and relationship-building became more important, allowing women to take more strategic roles in the industry. “Any exhibit house can build booths – but the booth’s management, appearance, and client communication opened opportunities for women to excel,” said Corinna Chan (at left), Client Services director at Access TCA, a woman of Asian-descent who has worked in the industry for more than 20 years.

As clients built closer relationships with their agencies, they began seeking partners that reflected their own culture. “In many cases, our clients have pushed their partners to the place of enlightenment and tolerance,” said Cyndi Davis (below right), SVP/managing director at Jack Morton. “RFPs began to come in, demanding to know a company’s beliefs related to diversity and asking for proof that the potential partner invested in diversity and inclusion.” When leading client brands linked profits to tolerance by awarding RFPs to builders who demonstrated inclusion, the industry “wised-up fast.” 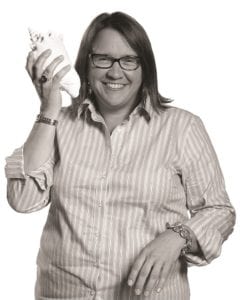 Cyndi has worked in the tradeshow industry for over 25 years and been professionally open about identifying as a lesbian since day one. Possessing a strong work ethic, Cyndi worked at companies that awarded employees based on merit, where “if you deliver, you thrive – and I made sure I delivered.”

In the creative fields, professionals are hired to understand an audience mindset and create an experience that resonates so profoundly that it spurs action. Cyndi, who has spent the bulk of her career at experiential agencies, said that, “Conceptualizing those experience solutions requires a deep understanding of the marketplace, the consumer, the B2B professional. To achieve that, our agency must be representative and empathetic of those communities.”

When the creative team is comprised of people from all walks of life, their group is able to find fresh perspectives and the individuals are able to learn from and teach each other along the way. “It makes the work resonate, it makes the work better, it makes us more valuable to our clients,” said Cyndi.

Hilary Howes, vice president of Encore Décor Inc., agrees that the creative professions are more welcoming of diversity. Hilary, having been identified as male at birth, transitioned to live as a woman by midlife, and has had considerable success in the industry. In fact, Hilary made the Women to Watch list by Event Design in 2006.

However, some of Hilary’s transgender friends in other industries have not had as much professional success post-transition. One friend was an award-winning auto mechanic as a male, but could not find work after transitioning to female. The lack of tolerance had such an impact that she switched careers to become a massage therapist.

From Hilary’s face, clothing, and practiced style of communication, people don’t usually recognize that she is transgender. She has what transgender community calls “passing privilege,” meaning that people accept her as a woman. “The downside,” said Hilary, “is that I’m now subject to the same misogyny women have always faced.”

Misogyny is the strongest underlying current

In fact, all the women interviewed for this article mentioned that more than racism or homophobia, their professional hurdles stem from misogyny. Defined as ingrained prejudice against women, misogynist attitudes and behaviors lead to the discrediting of women’s abilities and authority. Misogyny is especially strong in the fields of math and science, where men traditionally lead.

Hilary has the fascinating perspective of having experienced the workplace as both a man and woman. Even though she has a strong technical background, Hilary said that her engineering skills are often discounted since becoming a woman. At the time of her transition, she owned a chain of 1-hour photo stores and was proficient in the technicalities of photography and film development. She was helping one of her regular customers, who had known Hilary as a man and now as a woman, with the technicalities of film development when the customer interrupted and asked if she could talk to “one of the guys in the back” instead. Even though the customer had known that Hilary trained the “guys in the back,” she was echoing a deep gender bias that women aren’t technical.

Earlier in her career, Corinna Chan, Client Services Director at Access TCA, worked with a mostly male production crew that often overlooked her ideas for technical solutions in meetings. To help her ideas be readily accepted, Corinna developed a strategy to disclose her ideas to a male counterpart before the meetings so that he delivered her ideas to the other men. Even though she knew she wouldn’t be given credit for the idea, for Corinna, championing the success of her client by developing a way around barriers was her top priority.

Children are taught gender norms, like that little girls should be supportive caregivers and little boys should be leaders, that are reinforced throughout their lives. A woman who challenges these norms and excels in her job will hear remarks from both men and women that she is “too aggressive,” “difficult,” “cold,” or the infamous “bossy.” Fearing negative reactions to their ambition, women tend to temper their professional goals and take an approach that asks for permission, rather than being direct about what they want and deserve.

Ken Auletta, writer for the New Yorker, observed that “self-doubt becomes a form of self-defense” for women in the business world. That is, women learn to downplay their abilities to protect themselves from being disliked.2

Early in her career, Corinna felt that she wasn’t taken seriously, but became “more tenacious about my ideas and beliefs” as she became more confident in her skills. From her strong voice to her boisterous laugh, Corinna has been called “bossy” and challenges the stereotype that Asian women are demure, respectful and quiet. “I’m the opposite of that – it’s natural for me to be directive,” said Corinna.

Although Hilary “never had a man’s mind,” she was raised as a male and taught male gender norms. “Men tend to expect to get what they want,” said Hilary. “Very often their language is, ‘You can trust me on this, this is the way things are,’” which is a frame of mind that helps Hilary in negotiations. “It is very easy to see me as ‘bossy,” which is celebrated now, but wasn’t as cool back in the ’90s.”

Climbing to the top of the jungle gym

From years of braving challenges and taking on stretch assignments, women are now recognized for their contributions and inherent abilities in the tradeshow industry, especially when it comes to building relationships and managing details. However, as a whole, women tend to approach their work from a career perspective, rather than a business perspective like men do. They tend to worry about what others think of them, rather than what drives results.

Cyndi, who stresses that delivering business results for clients changed the industry from tactical “do-and-deliver” to strategic partners, said, “I cannot remember the last time a client cared about laminates, graphic overlays or PMS colors. Now smarter is what counts… We work in a world of ideas and solutions where no one cares where they come from – man, woman, gay or straight – just that they come and that they deliver results.”

Now women crowd the aisles at EXHIBITORLive!, representing formable strength as leaders and decision-makers in the industry. They, however, must recognize it themselves. As Susan B. Anthony said, “Our Job is not to make young women grateful. It is to make the ungrateful so they keep going.” If a woman is stuck on a rung on the ladder, she must look at the jungle gym around her and see that there are many ways to get to the top, and remember that her success is not for herself alone.