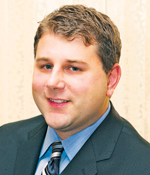 The following comments are excerpts from Tradeshow Week’s 2010 “Data Book” and from a recent presentation by Michael Hughes, vice president of research and consulting for Tradeshow Week, on “The New Exhibition Industry.” It is with Michael’s permission that we present the following text.

Hughes has developed market research and consulting projects for many leading companies in the exhibition and convention center industries. He is frequently quoted by major newspapers and national magazines such as The Wall Street Journal, The New York Times, The Los Angeles Time, and Newsweek.Additionally, he has presented at key association meetings and industry conferences including International Association of Emergency Managers (IAEM), Exhibition Services and Contractors Association (ESCA), and TS2. Hughes also develops Tradeshow Week’s syndicated “Executive Outlook” research surveys and writes the magazine’s “Industry Analysis” column.

For more information on Tradeshow Week’s research and consulting services, go to www.tradeshowweek.com/customresearch.

“2008 and 2009 were aberrations due to massive, once-in-a-generation global financial crisis,” Hughes said. “The exhibition industry will rebound and thrive again over the next few years. I’m mainly positive because various studies and surveys are showing industry stabilization, and exhibitor budget projections for 2010 are flat-lining.”

According to the Tradeshow Week Quarterly Report, the third quarter of this year saw attendance decline by -0.6 percent. Attendance quality has stayed relatively stable as well. Another Tradeshow Week survey indicated that 96 percent of CEOs and C-level executives said they were attending their industry’s most important event this year.

”Show managers are also more positive,” said Hughes. “Forty-six percent of show managers expect their total event revenue to increase in 2010 and 44 percent expect it to be flat. Exhibitors have been the most negative over the past year, but the November survey of exhibitors at companies with over $1 billion in sales found that 50 percent plan to add back shows in 2010 they cut in 2009. Large company exhibitors also say their budgets are stabilizing for 2010. In short, the sharp, almost indiscriminate budget cutting by large companies has stopped.”

Although Hughes is optimistic for the exhibit industry, he said, “There are still many challenges facing the global economy which in turn impacts tradeshows and conventions.”

Following are some key issues Hughes outlined in his presentation, “The New Exhibition Industry.”

Show Management
The main issue for show management is that many companies have made across-the-board cutbacks in spending, investment, marketing and travel. If there is good news in this, it is that most of the cutbacks impacting events have been the result of the recession and do not reflect a change in how companies view conventions and exhibitions. This means that the show producer’s job has gotten tougher, requiring more time and effort to communicate and negotiate with exhibitors and to add more value. On the attendee side, more promotion is being done.

Exhibitors
Exhibitors are facing smaller budgets and are cutting secondary and tertiary events, a positive effect, exhibitors can better focus on their more important shows and yield better results. Exhibitors are telling Tradeshow Week that while attendance is down, they are seeing “high quality decision makers” with “more authority to purchase.” According to a recent Tradeshow Week survey, 69 percent of corporate exhibitors said the importance of large shows to their companies is expected to remain the same or greater over the next few years.

Attendees
Layoffs at major corporations and travel budget cuts are the main problem impacting attendance levels today, however, according to another Tradeshow Week survey, 96 percent of CEOs and other senior executives say they are attending their industry’s most important shows.

Eighty-four percent of attendees will participate in more, or the same number of, events during the next two years while 88 percents of attendees and buyers believe events will continue to be critical for product sourcing and buying during the next five years. Many exhibitors ­– 69 percent ­– say the rebound will take up to 12 months once they see a solid economic recovery.
Source: Tradeshow Week Research Attendee Survey, June 2009 and Tradeshow Week Executive Outlook March 2009

What the Industry Will Look Like
In show management practices, a more volatile economy means corporate spending, competition from the Internet, technology, use of video and more data and information provided to exhibitors.

For show floors and venues, there will be a more premium area for exhibits, demos and networking along with electronic and networked signage and communications systems.

For exhibits, the continued trend to lighter, more flexible materials will continue with the increased use of the Internet and telecom in the booth.
Source: “The New Exhibition Industry,” 2009, Michael Hughes, V.P. Research & Consulting, Tradeshow Week.