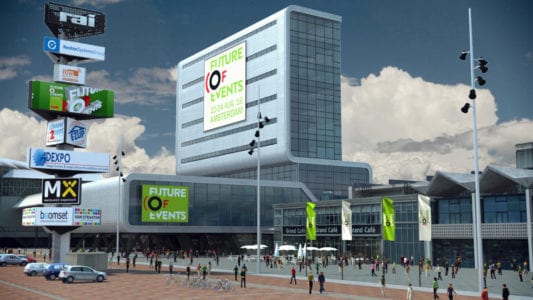 Just two weeks before the doors were set to open, organizers announced that Future of Events, a first-time show slated for August 22-24 in Amsterdam, has been canceled. Founder Steven Wickel said in a statement that low ticket sales for the event prompted the decision, and that the organization intends to file for bankruptcy. “I am aware this message must come suddenly and I guarantee, we have gone above and beyond to make the event successful,” Wickel said. “I share your disappointment and will encourage and support all members of the team in their next steps.”

Wickel said the event had been aggressively promoted in social media and was slated to have a top-notch lineup of speakers, contributors, and exhibitors. But a persistent lack of finances was prohibiting Future of Events from going forward, even as the eve of the exhibition approached.

Future of Events touted itself as the ultimate candy store for event professionals, surrounding them with professional development, suppliers, demonstrations, and career opportunities. Under Dutch law, bankruptcy will prompt Dutch courts to appoint a curator to deal with the financial obligations of the organization.

A collaborative of event industry leaders have rushed to fill the gap left by the cancellation with an impromptu virtual and face-to-face event on August 23 that will feature an array of speakers who were originally slated to present at Future of Events. It is free to all who register. Contact Liz King (liz@lizkingevents.com) for more information.