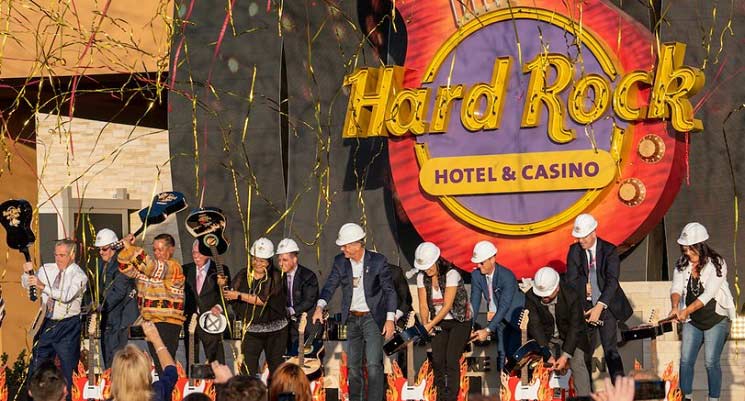 The 169-room hotel and entertainment venue is about 40 miles north of downtown Sacramento, on property owned by the Estom Yumeka Maidu Tribe of the Enterprise Rancheria. The project marks a first-of-its-kind collaboration between two Native American tribes, the Enterprise Rancheria and the Seminole Tribe of Florida, which owns Hard Rock International.

Grand-opening festivities continued throughout the weekend, featuring a performance by legendary British rock band Def Leppard on Nov. 2 at the nearby Toyota Amphitheatre in Wheatland, Calif. The new Hard Rock has partnered with event promoter Live Nation and will sponsor concerts at the 18,500-seat venue, which is just a few miles from the casino.

The Hard Rock Sacramento offers 8,500 square feet of event space on-site, including a banquet hall and four smaller meeting rooms. Other amenities include an outdoor pool and deck area, a Body Rock fitness center, and the casino, which has 1,587 slots, 57 table games and high-limit gaming rooms.