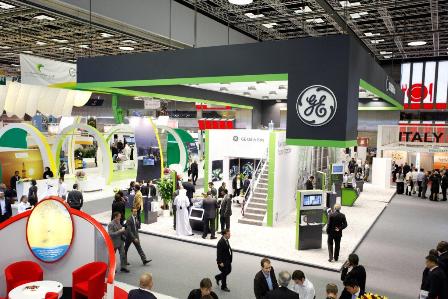 Houston was competing against Vancouver for the global event that’s expected to draw more than 10,000 attendees and direct expenditures of more than $60 million. Houston won with a vote of 25-10.

Houston Mayor Sylvester Turner led a delegation to Bahrain, including WPC Houston Bid Committee Chair Galen Cobb, representatives from area energy companies, as well as Visit Houston, which steered the bid. The vote was a culmination of more than nine months of work from the Houston bid committee comprised of 20 key individuals from a variety of organizations.

“Bringing WPC back to Houston is a tremendous win for our city and this industry,” says Mayor Turner, who served as honorary chair for the bid committee. “There is no better place than the Energy Capital of the World to host this important global event. But it certainly would not have been possible without the unwavering support of our bid committee and partners who came together with an incredible spirit of cooperation. I’m very proud of what we’ve accomplished as a group on behalf of Houston.”

The World Petroleum Council is the premier global oil and gas forum—the only international organization that encompasses all aspects of the petroleum industry. Every three years the group hosts the World Petroleum Congress, bringing together heads of state, energy leaders and technology practitioners to address the major issues facing the oil and gas industry. The next WPC is set for 2017 in Istanbul, Turkey. Houston last hosted WPC in 1987, which is also the last time the event was held in the U.S.

“The USA National Committee is thrilled to have the 2020 Congress back in Houston.  A lot has happened in the 30 years since the U.S. last hosted the WPC and, as the energy capital of the world, there is no better city than Houston to showcase the conference, technologies, and energy revolution that is taking place right in our backyard,” says Cobb, vice president of industry relations at Halliburton. “The 2020 conference will bring together top energy executives from around the world and will showcase the latest innovations and technologies that are driving the development of our world’s energy resources.  Moreover it will create a strong Global Legacy Program for the next generation of young professionals. They are our future leaders and we need to pave the way for a brighter future with them together. No doubt, the Houston conference will raise the bar to new levels and reconfirm the U.S. as the global leader in advancing technologies and developing people for a hungry energy world.”

Houston bid twice previously to host WPC in 2014 and 2017, but was unsuccessful. For the most recent bid, a multi-tiered, targeted communications plan was developed to reach key decision makers in nations around the world—a move backers believe helped propel Houston over the top.

“This is a major win for the city of Houston and for our energy sector,” says Mike Waterman, president of Visit Houston. “WPC will bring thousands of the top minds in this industry to Houston from across the globe. Not only will the event have a significant economic impact on our city—filling our hotels and restaurants—it will also help create new business opportunities for our energy companies. Capitalizing on the strength of Houston’s core industries when going after business is a growing focus for us at Visit Houston.”