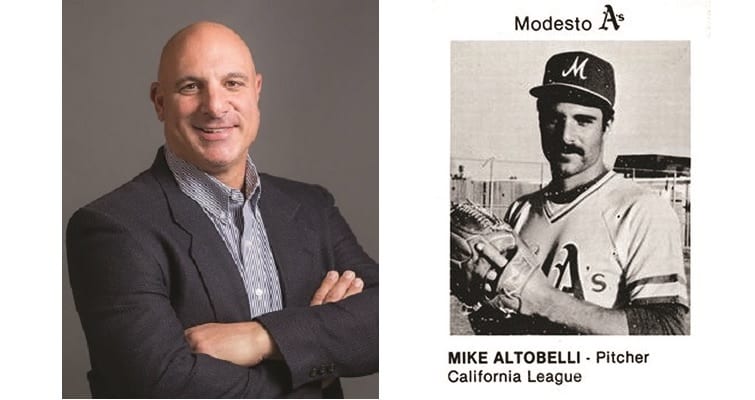 Michael “Alto” Altobelli entered the exhibit industry as an account executive in 1983 and was a part of the Chicago Exhibit Productions team as a vice president and partner from 1993 until his death. CEP is an integrated team of specialists dedicated to delivering total solutions for customer’s exhibit, environments and event needs with offices in Chicago, Las Vegas and Orlando.

Altobelli was based in Chicago and oversaw many large clients’ tradeshow programs over the years. His responsibilities included managing more than 30 major accounts within the tradeshow industry, overseeing client account management and training and development.

In his younger days, he played professional baseball with the Oakland Athletics from 1979-1983. He was signed in 1979 as an outfielder and made it to the big leagues as a relief pitcher for the Oakland A’s, remaining on the team through 1983.

His many friends, both in the industry and in the sports world, sent their condolences.

“Deeply shocked and saddened by this sudden unexpected loss, my deepest sympathies to Kathy and sons, Adam and Dominic, brother, Anthony and his mother,” says Ron Barreca from the Heritage Bay Country Club. “Mike was blessed with wonderful wife and beautiful family and close friends. Bigger than life, I was lucky enough to know him and call him a friend. I played golf with him at Heritage Bay in Naples and got to know his family and some of his close friends. He was blessed with physical attributes that allowed him to play baseball at the highest professional level and hit a golf ball 300 yards. Yet he was down to earth, fun loving and big hearted, with a hint of mischief in his smile. Altobelli—“Big and Beautiful” in Italian. That pretty much sums it up. Love you Mike. I will miss you. Thanks for the memories. They will always be a part of my life.”

My deepest and heartfelt condolences,” says George Demos from Northbrook, Ill. “Mike was an incomparable colleague in the tradeshow environment in which we worked for many years. I was quite saddened to hear of his sudden loss, he was taken much too young. My thoughts and prayers are with Michael and his beautiful family.”

For as long as I have been in the exhibit world I have known Mike,” says Christi Debrauwere from Chicago. “I am saddened to hear of his passing. My heartfelt thoughts and prayers to his family. He will be missed by so many.”

“Mike was a teammate, friend and brother,” says Mike Spinozzi from Southlake, Texas. “His sense of humor, generosity, loyalty and ability to encourage were some of his memorable qualities. To his family: my deepest sympathy–he loved you all so much and was so proud of you. I am sorry I am not able to travel to be with you but you will be in my thoughts and prayers. I loved him and will miss him dearly.”

“Mike seemed to live every day to the fullest,” says Bill Wilson from Chicago. “We should all try to emulate that spirit. I’m saddened to hear of his passing. His big heart and personality will be missed by all that spent time with him. RIP Alto.”

“A friend of 40 years is gone but will never be forgotten,” says Frankie Serritella from Palm Beach, Florida. “A wonderful friend, husband, father and so much more. A personality bigger than life and a heart of giving that was even bigger. Walking down memory lane has brought much tears and grief knowing the laughs and fun we shared will be no more. Our phone calls always started and ended the same…. Mike greeting me with, “Frankie Serritella” my responding “Mikey” our closing was Mike always saying “ok Gumba, keep in touch” and my response, ” You too, Mikey.” Mike was a man’s man, a leader by example, not just words… I love you Mike and will miss you dearly Mikey.”

“The CEP family has lost a large piece of our puzzle,” says an announcement from CEP to the company’s friends, partners and clients. “It is with great sadness that we share the passing of the beloved Mike Altobelli (Alto). For those who had the great opportunity of knowing him, you know that Alto was a one-of-a-kind guy and one of the most generous, loving and entertaining people you could possibly meet. It’s not goodbye, it’s see you later dear friend.”

Michael was survived by his wife Kathy (nee King); sons Adam (Kayli) and Dominic (Maggie); mother Elaine; brother of Anthony; brother-in-law Kevin (Judy) and Tom King; and many nieces and nephews, friends, and golf partners. His services were held Nov. 25 in Tinley Park, Ill. If you would like to express condolences or share a memory, visit his guestbook at https://www.legacy.com/guestbooks/chicagotribune/michael-adam-altobelli-condolences/190803177?cid=full