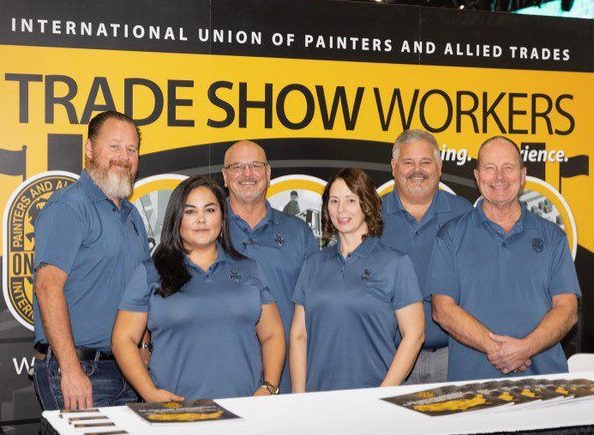 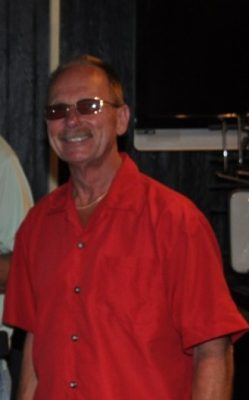 Asking Dean Wanty (pictured right) to describe his work for the International Union of Painters and Allied Trades Local 770 in Wisconsin, makes him hesitate for a minute. He finally replies, “My official title is business representative for sign and display for tradeshows Local 770, but I wear 10 hats. I can come up with a bunch of different names, including ‘sucker,’ because these jobs are 24/7.” This from a man who hasn’t taken a vacation without his computer in 20 years. But still, he tries to protect his sanity. “I want to avoid burnout so I can retire with a smile on my face,” he laughs.

Wanty’s story in the industry began at his all-boys technical high school where he took four years of cabinet making. “After school, I went into the army for three years. When I got out, I applied for a cabinet-making apprenticeship.” The union rep he approached for the apprenticeship steered him onto a different path and Wanty instead accepted an apprenticeship in carpentry. He worked happily in the industry until economic uncertainty in 1981 delivered him a layoff. But it didn’t take him long to find a safe landing.

“A buddy of mine from high school called me up and said [IUPAT] needed some help, so I went to work for one of the local companies in the painters union building tradeshow exhibits. That was in February 1981, and I’ve been in the union ever since. I’ve probably been to every convention center in the U.S.”

He became the business rep for IUPAT 19 years ago, but he does much more than his title suggests. “I negotiate collective bargaining agreements, I negotiate vendor contracts, I get bids for work IUPAT needs,” he says. And when snow hits in his hometown? “I get the parking lot plowed,” he says.
In the last couple of years, his role expanded once again to support his fellow union members through the pandemic. “So many shows have canceled since 2020,” he says. “And even the shows that have come back aren’t as big as they used to be.” For example, the annual Auto Show in Milwaukee: “I used to need 165 people to set up that show for March every year. But it took place this year in April at a different venue, and I only needed 35 people to set it up.” He acknowledges the huge blow that was to the people who counted on that annual job, and tried to figure out a way to help.

“I got some money together and bought a bunch of gift cards to our local grocery stores to give to members who were down and out. I’d try to evaluate their needs, then reach out to them and say, ‘You need $100 in food cards?’”

But Wanty sees a light at the end of the tunnel. “I’m sensing some hope because builder shops are starting to bring people back to work. I just taught a forklift class to the entire shop at Derse who got everyone back to work and is looking to hire.”

He’s attended a few shows as the industry starts to wake back up. “I was at ExhibitorLIVE, and I feel attendance was way down. But despite a lower attendance, exhibitors have told me that they’re hopeful about leads. They got some real good connections out of that show.”

And in the tradeshow industry, connections are what it’s all about.