The event for Asia composites industry will hold its 8th annual session at the SUNTEC Center in Singapore from Oct. 20-22. Business Opportunities in Asia is the event theme.

The place to make Business and high level Network in Asia

“Asia represents almost 50 percent of the global Composites Market in value. Asia emerged into a prime driver of growth for the composites industry and will further consolidate its leadership,” said Frédérique Mutel, president & CEO, JEC Group. 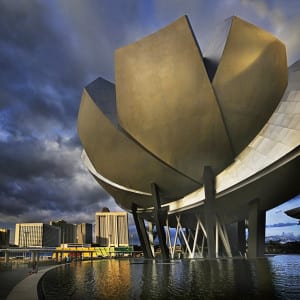 “This is one of the reasons JEC Group invested in this region for the benefit of the Composites Industry. JEC teams supported by our office in Singapore have developed fruitful synergies with industries, associations and academics in Asia. Our mission is to foster business by facilitating connections. The market is abounding in opportunities,” added Mutel.

During three days, delegations from all over Asia, such as South Korea, Japan, Thailand, China or Malaysia, will meet in Singapore. They will also meet attendees and exhibitors from Europe, America and the Middle East as more than 49 countries are represented (75 percent from Asia/Pacific).

The Business Meetings program that puts together Exhibitors and Key Buyers enhances the Networking Experience offered by this event as the quality of the matchmaking service keeps on improving year after year since 2008 when the event was launched — So much so that many deals and contracts have been signed during the show.

Representing one of the main actors in the global production of Composites, China has been designated Country Guest of Honor for JEC Asia 2015. A significant delegation of exhibitors and attendees is expected to represent the rich variety that China has to offer to the composites industry. Also, various cultural events will be organized to highlight this dynamic economy.

“The number eight is a lucky number in China. I am sure the 8th session of JEC Asia will be successful and prosperous for every participant,” said Mutel.