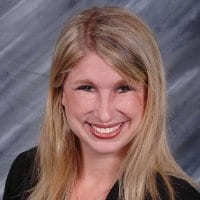 Local businesswoman and former president of the Las Vegas Hospitality Association Julie Pazina (pictured right) announced her candidacy for State Senate District 20. Senate Majority Leader Aaron Ford and the Nevada Senate Democratic Caucus have endorsed Pazina. This competitive open seat in the Henderson area is being vacated by Senator Michael Roberson and will be a top target in 2018.

“I want to bring the experiences I’ve gained working in the private sector to the State Senate and focus on helping create good-paying jobs for our community,” says Pazina. “I’m stepping up to run for office because I believe Nevada must do more to develop and diversify our economy. I want to see us double down on clean energy, increase our tourism footprint, and empower small businesses to grow and thrive. I will also fight to ensure that we invest in our public schools, so that our kids get access to a world-class education that fully prepares them for the skilled jobs of the future.”

“Julie’s background in business and her strong ties to the Las Vegas hospitality community will bring a critical and unique perspective to the State Senate next year,” says Senator Ford. “She will work tirelessly to improve the lives of Nevada’s working families, and we are excited to endorse her as our candidate in District 20. We look forward to supporting Julie’s campaign and adding her knowledge and experience to our caucus.”

Pazina is the national director of sales for Edlen Electrical Exhibition Services, a family-owned and operated company that has grown into the nation’s largest independent temporary utility contractor for trade shows, conventions and special events. She has been a vital member of the company for more than a decade. Pazina is an also active member of the Las Vegas community.  In addition to her tenure as president, she also served on the board of the Las Vegas Hospitality Association for six years and is a member of the Junior League of Las Vegas. She and her husband Joel live in Henderson.

For more info or to donate to her campaign, visit www.juliepazina4nv.com.