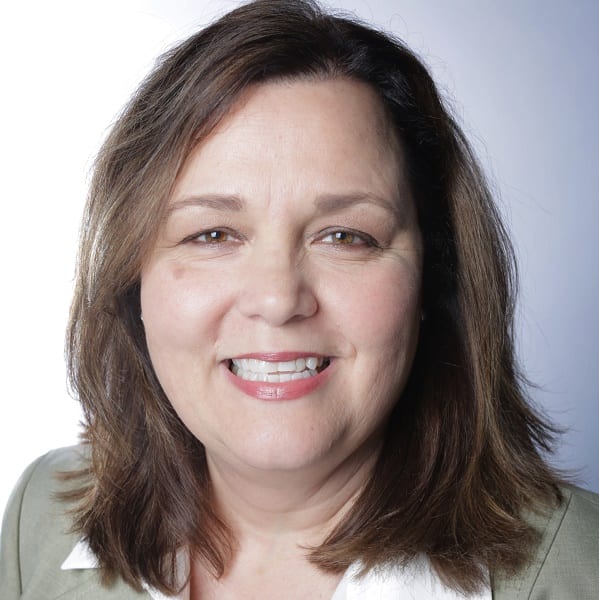 Larry Alexander, board chairman of the Detroit Regional Convention Facility Authority is pleased to announce that ASM Global has welcomed Karen Totaro as general manager at TCF Center. Totaro will immediately assume leadership of the overall management, promotion and ope 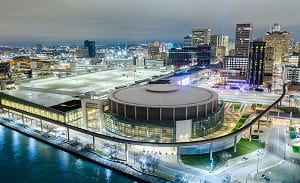 ration of the facilities, leading the team of dedicated professionals at the TCF Center, building on the key industry partnerships in the community, and supporting the overall mission of the TCF Center and the DRCFA.

ASM Global management considers TCF Center to be one of the top convention centers in the country and is proud to have included the TCF Center in their venue portfolio since 2010. Over the decade, the center remained open during a five-year construction period ending in 2015. The ASM team rebuilt the business model, resulting in a $20 million reduction of operating deficit, and quadrupled the number of major events held annually in the center from 2010 to 2019. The operations team completed a transformation of the customer experience to one that is “centered around you,” the current tagline of the brand.

“Karen Totaro is the right person at the right time to take the TCF Center back to hosting visitors and providing world class service to its valued customers as the pandemic eases,” says Bob McClintock (pictured left), executive vice president of convention centers, ASM Global. “Over the last decade, TCF Center became a gold standard in areas of security, sustainability, technology and corporate social responsibility. I know with Karen’s leadership events will build on that success.”

Totaro is a Certified Venue Executive and leads the center’s team in bringing new and repeat business to the Detroit region by maximizing the customer experience. On behalf of ASM Global for the DRCFA, she will work collaboratively with community stakeholders, clients and the Detroit Metro Convention and Visitors Bureau.

“The decision to take the job at TCF Center was an easy one,” says Totaro. “The spirit of partnership in this industry is going to be that much more successful in Detroit with the former CEO of the CVB leading the DRCFA and the former GM of the TCF Center now leading the CVB. I was so impressed by how progressive the center is and the high-caliber and professionalism of the staff.”

Totaro adds that she found the back-of-house spaces as clean as the front-of-house spaces, indicating the time and respect that the staff puts into the building. Finding the recent renovation to be forward thinking in the design of the ballroom, atrium and new concourse spaces incorporating so much daylight, she notes, “the venue was built for the future.”

While with the leadership team at the Oregon Convention Center, Totaro steered them toward innovation to achieve one of the first Leadership in Energy and Environmental Design (LEED) certifications for a convention center in the country. She went on to be involved in advanced sustainability initiatives in each center during her tenure. She sees the highly acclaimed sustainability program at TCF Center as a real opportunity to team build and inform clients on environmental impacts and center innovation with training and educational opportunities.

“Because of the ASM Global team’s operations management starting in 2010, TCF Center has earned a world class reputation while making a major financial impact for our region and state,” says Alexander (pictured left). “They were a critical component to the growth in our meetings and conventions which became a driving force in tax revenues, jobs and the improvement of the reputation of Detroit and Southeast Michigan. All of which helped to secure one of the largest naming rights sponsorship anywhere in the industry.”

Alexander adds that Totaro is coming in with expertise and knowledge of facility operations, labor contracts, sales and service which will serve the center well in getting past COVID-19. “I believe she is the best leader to continue to inspire the center’s talented team in helping us sprint forward from the pandemic impact.”

During her career, Totaro has served in multiple leadership roles for the International Association of Venue Managers, including chairman of the board. She was selected by her industry peers and took on this highly regarded position as the youngest woman at that time ever voted to serve in that  capacity.

Totaro was named a “Woman of Influence” by Venues Today magazine and was the cover story of FM (Facility Manager) magazine with an article on leadership. She has been awarded the “Elite Award” from Facilities and Destination magazine for making a difference in the meetings industry. She was also highlighted in Facilities & Destination magazine as one of the “Top 12 Women Convention Center Executives.” She led the teams

in Portland and San Diego in achieving the highest industry honor, the coveted “Venue Excellence Award” awarded by the IAVM.

Lisa Canada (pictured right), vice chairperson of the DRCFA, headed the board’s selection committee which was tasked with interviewing candidates before it recommended Totaro to ASM Global for the position. “I am always thrilled to see the leadership gap for women narrow, and especially in the appointment of this position that is so important to the convention center and the Southeast Michigan region,” says Canada. “Karen’s leadership style and experience in innovation will help this venue get back to business quickly and efficiently.”

TCF Center is one of the top 20 convention centers in the U.S. Of those, three have women general managers and two of those are ASM Global facilities.

With 723,000 square feet of exhibit space, TCF Center, formerly Cobo Center, boasts one of the largest contiguous exhibit floor spaces in North America and has the largest ballroom in Michigan with 40,000 square feet. It has received numerous industry awards for excellence including the 2020 USGBC Leadership Award for Building Performance, making it the only convention center in the history of the award to receive it. For more info, visit www.tcfcenterdetroit.com.

On Sept. 15, 2009, operational control of TCF Center transferred to the Detroit Regional Convention Facility Authority, under a collaborative agreement by the Michigan State Legislature, the City of Detroit, and Wayne, Oakland and Macomb counties. Each of these entities has an appointed member on the DRCFA Board. Larry Alexander is the appointee of the Governor of the State of Michigan and serves as chairman of the board. For more information visit: www.drcfa.org/.

ASM Global is the world’s leading provider of innovative venue services and live experiences. The company’s elite venue network spans five continents, with a portfolio of more than 325 of the world’s most prestigious arenas, stadiums, convention and exhibition centers, and performing arts venues. From Aberdeen to Anchorage, and Sydney to Stockholm, its venues connect people through the unique power of live experiences. ASM Global’s diverse portfolio of clients benefit from the company’s depth of resources and unparalleled experience, expertise and creative problem-solving. Each day, the company’s 61,000 passionate employees around the world deliver locally tailored solutions and cutting-edge technologies to deliver maximum results for venue owners and amazing experiences for guests. By consistently looking for new ways to envision, innovate and empower the spaces and places that bring people together, ASM Global elevates the human spirit while delivering the highest value for all stakeholders. ASM Global was formed in 2019 through the merger of AEG Facilities, the venue management affiliate of Anschutz Entertainment Group, Inc., and SMG, an Onex portfolio company. For more info, visit www.asmglobal.com