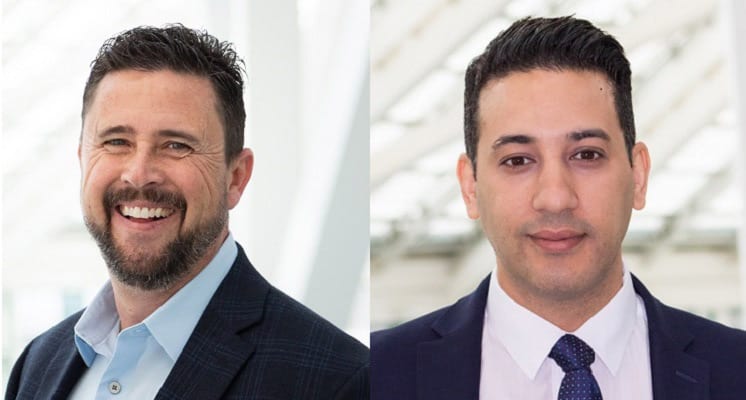 Davis joins the LACC from Salt Lake City with more than 20 years of operations management experience. He most recently served at the Mountain America Expo (managed by SMG) where he managed and directed all operations and previously worked as a senior business analyst at IPA, Energy Solutions Arena, Smiths Ballpark and R.B. Davis & Co.

Zarhoud is local to Los Angeles with more than 13 years of experience in accounting and financial management. He recently served as senior director of finance at AXS, senior manager of finance at AEG and six years at Deloitte.

“I am excited to welcome both Shaun and Ben to the LACC executive team,” says Ellen Schwartz, general manager at the LACC. “I am confident their skills and experience will be outstanding additions to our facility.”

The Los Angeles Convention Center is renowned internationally as a prime site for conventions, tradeshows, and exhibitions. Owned by the City of Los Angeles and professionally managed by AEG Facilities, the LACC attracts more than 2.5 million visitors annually. The facility is an integral economic component to the Southern California area, generating economic benefits through attendee direct and indirect spending and sustaining more than 12,500 local jobs. The LACC also remains an enduring symbol of environmental sustainability and social responsibility, and is proud to be a LEED Gold certified facility; the venue was recertified on the Gold level in 2015 making the LACC the first convention center of its size in the U.S. to receive LEED EB:O+M Gold recertification. For more info, visit lacclink.com.