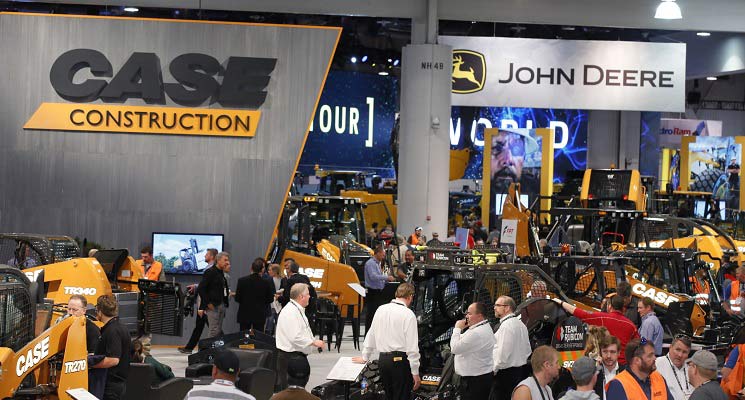 Las Vegas Convention and Visitors Authority is prepared to take a hit financially from a downturn in business due to concerns about the deadly coronavirus, while the potential number of upcoming event cancellations remains unknown, Chief Executive Officer Steve Hill says.

On Wednesday, March 11, the National Association of Broadcasters announced that its annual convention in Las Vegas is off in April because of the coronavirus. The convention drew about 91,000 attendees in 2019.

“In the interest of addressing the health and safety concerns of our stakeholders and in consultation with partners throughout the media and entertainment industry, we have decided not to move forward with NAB Show in April,” Gordon Smith, president of the trade group, wrote in a letter to attendees. ” We are currently considering a number of potential alternatives to create the best possible experience for our community.”

The LVCVA is abiding by Southern Nevada Health District guidelines in protecting employees and customers, Hill said at the March 10 regular meeting of the LVCVA Board of Directors.

The NFL Draft is still on for April 23-25 with some 400,000 projected to show up for the three-day event. The LVCVA approved a $2.4 million budget to host the draft, and the NFL continues to monitor the situation.

“Fortunately, we’ve had time to prepare for this and we’ve made the most of that time,” Hills says. His staff has been on conference calls with travel partners around the globe, and managers are working closely with employees on health and safety recommendations.

From a budgetary perspective, there’s going to be a reduction in revenue over the next couple of months, Hill admits. But the authority is taking steps to mitigate those losses.

“We came into the situation with a pretty significant surplus. We will continue to look at reducing costs everywhere it’s appropriate to do so,” the CEO says.

“It’s a challenging time, no question, and it hit quickly,” Hill continues. “We saw the impact on business happen very fast.”

Hill said there’s been some “pullback” at ConExpo-Con/Agg, though nothing has been confirmed. “We’re still expecting strong attendance, but anecdotal evidence from hotel properties indicates there are some cancellations,” he says.

ConExpo-Con/Agg is held every three years in Las Vegas, and it takes more than a month to deliver and set up the massive construction equipment for more than 2,300 exhibitors at Las Vegas Convention Center and Festival Grounds.

LVCVA has instituted every recommendation from Southern Nevada Health District, the Centers for Disease Control and other sources to protect people from the virus. It has doubled and tripled cleaning efforts, and it has asked employees to stay home if they’re sick.

Board member and Las Vegas Mayor Carolyn Goodman says now’s the time for the state, local municipalities and the tourism agency to join forces and show that Las Vegas is still the entertainment capital of the world. She urged Hill to spend “every cent we can afford” on promoting the destination.

“The media is absolutely destroying us,” Goodman says. “This fear has overtaken the world. We have to be proactive or the media will bury us.”

She quoted President Franklin Roosevelt’s 1933 inaugural address: “We have nothing to fear but fear itself.”

The economic repercussions from the spread of coronavirus are not the same as those from the Great Recession, which lasted from 2007 to 2009, Hill notes. Health officials predict that warmer weather will have a dampening effect on the virus.

“If that’s true, this will be short term,” Hill says. “The impact during that time will be pretty significant. We don’t know exactly what the numbers will be, but it will be meaningful.”