Legislators Speaking Out on Lodging Fraud 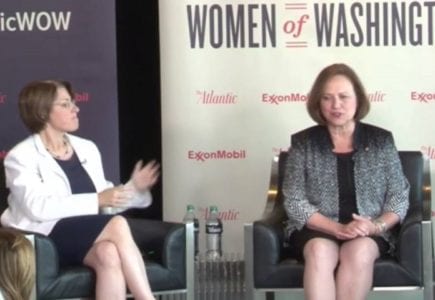 Deceptive practices aimed at intercepting hotel bookings intended for official event room blocks have caused considerable losses for both organizers and attendees, and two U.S. senators are championing the issue in an effort to prompt stricter controls over the booking scams. Sen. Amy Klobuchar (D., Minn.) and Sen. Deb Fischer (R., Neb.) reached out to U.S. Secretary of Transportation Anthony Foxx and Federal Trade Commission chairperson Edith Ramirez in a letter that condemns the fraudulent practices and implores officials to take a stand against them.

“There have been recent reports that some deceptive online companies appear to be imitating the websites of actual hotels or airlines in order to attract bookings. Further, there have been reports of scammers using fraudulent information listed on these websites to impersonate travel company representatives on the telephone, even impersonate consumers in conversations with hotels and airlines,” the senators wrote. Officials at the American Hotel and Lodging Association praised the effort, saying 15 million bookings annually are affected by scams that cost consumers $1.3 billion.

In the case of trade shows and events, the scammers portray themselves as an official booking agent for the event, though they have no relationship with organizers or the event’s actual lodging service. Attendees who are fooled by the fraudulent lodging offers often find themselves paying higher rates, at non-event properties without shuttle service or other event amenities, or defrauded completely out of the reservation fees they pay to the company. The legislators and AH&LA are urging the Department of Transportation and the Federal Trade Commission to investigate claims and implement guidelines and regulations to curb future deceptive efforts.