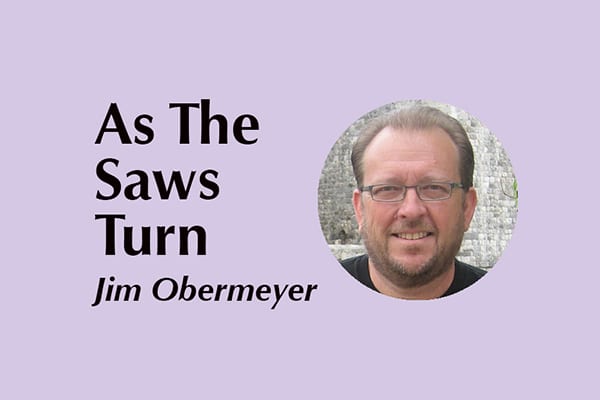 I ran into Don Svehla, publisher of Exhibit City News, at a reception at the now-defunct TS2 show in Washington, D.C., in the summer of 2000. Somewhere during our conversation he asked me if I would be interested in doing some writing for his tradeshow industry newspaper. We talked about me doing a monthly opinion column. I agreed on one condition: I could write about anything I wanted, as long as I tied it to the industry in some way.

Over the last 20 years, the column has gone in a lot of different directions, but always I tried to link it to our industry in some way. Sometimes it was quite a stretch to make the connection, but I have enjoyed the challenge of trying to come up with something worthwhile to write about each time.
I’ve written columns at home, at work, in hotels, in airports, in airplanes; wherever and whenever the idea for a column struck me. Sometimes I’d have an idea and write the column well before the deadline. Other times I’d be staring at my monitor desperately trying to come up with a kernel of a thought to write about.

Going back and reading through the columns, I realized two things:

(1) For industry folks, it is a bit of an historical look at our industry and the issues—some serious, some not so much—that we’ve dealt with in the last 20 years. Topics like intellectual capital and selling value against price have been a part of our industry for a long time, and unless something radical changes, will most likely be for a long time to come. Other problems such as special freight handling fees and union work rules in certain cities have been pretty much resolved.

(2) For family and friends, it gives a clue about just who I am, what I really do for a living, and what is important to me.
I think perhaps that second reason is the real motivator for me to keep writing. Whether it’s of any value to you as a reader is always in question! Thank you for allowing me to be a part of this publication for so long.

Jim Obermeyer has 38 years of experience in face-to-face marketing and has spent 12 years in corporate tradeshow and special event management. He spent 10 years as the tradeshow manager for McDonnell Douglas Corporation, producing shows and events in North America, South America and Europe, and served for two years as a tradeshow & events manager for Electronic Data Systems Company.

In September 1993, Jim joined Hamilton Exhibits as the director, sales and marketing, where he managed the sales force and directed all marketing and sales support efforts. His marketing expertise helped grow the company from a local exhibit builder to a nationally recognized tradeshow marketing firm.

In September 1997, Jim was promoted to vice president and general manager, and relocated to St. Louis where he was charged with building and managing all aspects of a full-service division of the company. This included developing new business, developing marketing and financial plans, recruiting staff, locating and leasing office space, acquiring office and production assets, and managing the staff. He also acted as a full-service sales executive, selling to top prospects in the St. Louis market. Jim’s leadership of the St. Louis team led to strong loyalty among employees and clients, and to the growth and profitability of the division.

In January 2001, Jim left Hamilton to become a partner in forming a new tradeshow marketing firm, Reveal. Reveal managed tradeshow marketing programs for large and small companies on a local, national, and global scale. Jim and his partner sold the business in 2015 and he returned to Hamilton Exhibits as a vice president. He now manages the sales, marketing and new business development activities for the company.

He is one of the co-authors of the book series “Secrets to Successful Exhibiting”, is a monthly columnist for the industry publication Exhibit City News and has authored numerous articles for both exhibit industry and marketing publications. He is on the board of directors of the Exhibit Designers & Producers Association (EDPA) and the EDPA Foundation’s Randy Smith Memorial Golf Classic.