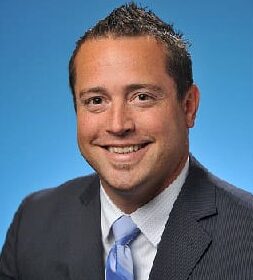 After a nationwide search, the New Orleans Ernest N. Morial Convention Center has named Adam Straight as vice president of operations. Straight will be tasked with the oversight of plans and strategies for convention center event operations. Departments reporting to Straight will include production services, food and beverage, public safety, environmental services and more.

Straight brings more than 19 years of facility operations and management experience to his new role. Before joining with the MCCNO, Straight served as the senior director of campus operations for the Georgia World Congress Center Authority (GWCCA) in Atlanta, which includes the Georgia World Congress Center, Mercedes Benz Stadium and Centennial Olympic Park. Under his leadership, he and his team on the GWCC Authority oversaw the planning and management of multiple NCAA Final Fours, Super Bowls and the National College Football Playoff Championship Game.

Straight’s career in the events industry includes four years as director of facility operations at the Georgia Dome, which played host to hundreds of sporting events and concerts, bringing approximately 1.9 million guests to the building per year. Straight also served 12 years with the University of Maryland, where he oversaw the daily operations of 14 athletic facilities that saw about 750,000 visitors annually, including the planning, construction and opening of a $13.5 million football stadium renovation.

“My family and I are very excited to join the New Orleans family and plant roots in such a historic and vibrant city,” says Straight. “Through my unique experiences in venue management, my commitment to hospitality excellence and use of Quality Operating Standards, I look forward to help solidifying the New Orleans Ernest N. Morial Convention Center as the number one destination center in the number one destination city.”

MCCNO President Michael Sawaya says, “Adam is a great fit in both experience and personality and I am confident he is a perfect addition to our staff.”

A nine-year veteran of the U.S. Coast Guard, Straight has received numerous accolades and commendations for his service. He is also an IAVM certified venue manager and received his safety certification from the National Safety Council.

With 1.1 million sq.ft. of prime exhibit space in an entirely contiguous hall, the New Orleans Ernest N. Morial Convention Center provides the largest single exhibit space in the country. The MCCNO features an award-winning staff and first-class amenities, and is the sixth largest convention center in the nation. A consistent Top 10 host of the largest conventions and tradeshows in the nation annually, the convention center is also one of the city’s “Top Workplaces.” A leading contributor to the city’s robust tourism economy, the convention center’s event activity has produced $81.7 billion in economic impact since its 1985 opening, including $5.1 billion in new tax revenue for state and local governments. For more info, visit https://www.mccno.com/