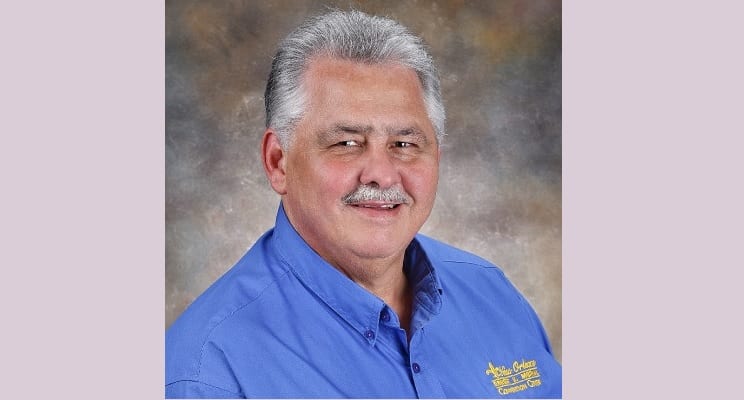 The New Orleans Ernest N. Morial Convention Center continues to lead the way into a green future with their award-winning Sustainability Program, which aims to improve the environment through innovations in the use of energy conservation techniques, renewable energy and more. The convention center continues to follow through on its commitment to being a sustainability champion through collaborative efforts with like-minded community partners.

Beginning in 2010, the MCCNO’s sustainability program continues to be a model of excellence for the steps taken to reduce the building’s impact on the environment. In August 2018, the convention center named Art Shilling as the assistant director of sustainability, a newly created position.

In this new role, Shilling will focus on tracking, compiling and reporting on the MCCNO’s sustainability initiatives with special focus on LEED certification, and will work closely with Director of Capital Projects Paul O’Connell and the director of construction on upcoming special projects.

Shilling has more than 30 years of experience in facility management, engineering, project management, and environmental/waste management fields. He also headed a private company, Lamp Environmental Industries, for 13 years, which earned an Environmental Leadership award from the Louisiana Governor’s office for pollution prevention.

The MCCNO was awarded the title of Overall Sustainability Leader in the Downtown NOLA Energy Challenge. A community panel of judges from the Mayor’s Office of Resilience and Sustainability reviewed plans from more than 40 buildings in the New Orleans area and found that the convention center’s plan not only improves sustainability, but can also increase competitiveness on the national stage.

What started in 2010 with the computerization of the convention center’s Energy Management System has blossomed into a culture of sustainability-focused practices. Currently, the MCCNO reduces its energy usage by using energy efficient LED lighting in the majority of the building, and reduces its water usage by using more reliable and efficient water metering devices. The convention center has also established recycling awareness campaigns and continues sustainability-focused practices in other areas, like green construction, transportation and more.

The MCCNO continues to lead the way into an energy efficient future by continuing research on projects such as generating renewable energy by installing solar panels on the convention center roof, replacing all existing water fountains to a more environmentally-friendly model and potentially utilizing rain water for green space irrigation and restroom facilities.

With 1.1 million square feet of prime exhibit space, in an entirely contiguous hall, the New Orleans Ernest N. Morial Convention Center provides the largest single exhibit space in the country. The MCCNO features an award-winning staff and first-class amenities, and is the sixth largest convention center in the nation.  A consistent Top 10 host of the largest conventions and tradeshows in the nation annually, the convention center is also one of the city’s “Top Workplaces.” A leading contributor to the city’s robust tourism economy, the convention center’s event activity has produced $81.7 billion in economic impact since its 1985 opening, including $5.1 billion in new tax revenue for state and local governments.  For more info, visit www.mccno.com.