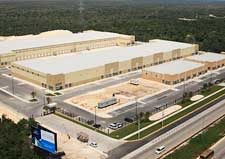 The CMCC is a 60,000-square-meter meeting facility located 15 minutes away from the Cancun International Airport.

A dramatic expansion of meeting space, together with the hosting of several high profile meetings, has propelled Mexico forward this year with considerable growth in the meetings, incentives, conventions and events (MICE) industry.

One of the more interesting features of the CMCC is a signed agreement with the Director of Tax and Revenue, which will enable the convention center to function as a free zone, allowing the exhibition of machinery and technology previously illegal due to the tax restrictions on temporal import.

In addition to Mexico’s beach resorts and the greater Mexico City metropolitan area, there are several emerging destinations such as Zacatecas, Queretaro, San Luis Potosi, and Tampico, which have invested in new facilities with state-of-the-art technology and modern architectural solutions.

Puerto Vallarta, Mazatlan and Acapulco have also brought their modern sustainable venues to the table, complementing their tourism infrastructure.

United Continental Holdings, Inc., also recently announced Continental Airlines and United Airlines will boost flights between the U.S. and Mexico, where the carriers provide the leading network among U.S. airlines.

“The new flights complement our industry-leading service to Mexico,” said Jim Compton, executive vice president and chief revenue officer of United Continental Holdings, Inc. “With our expanded global network, we are focusing on linking together our key markets to improve travel options for our customers.” 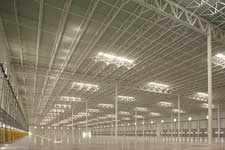 The timing couldn’t be better for Cancun as it prepares to host the 16th World Summit United Nations Climate Change Conference, which will take place in Cancun from November 29 through December 10. Expected attendance for the conference is 12,000.

Mexico has turned its focus onto the industry’s global market and has made several improvements in the support it offers the meetings and conventions community. In 2010 alone, Mexico has hosted or will host a total of 143 congresses and conventions, some among the most important in the world.

In February and March of this year, Cancun hosted two successful events. The first, the MPI MeetDifferent 2010 Convention saw 1,200 participants in attendance, while the general assembly of the Inter-American Development Bank welcomed 1,000 attendees.
Mexico is also looking forward to several large conferences and conventions taking place between 2010 and 2016.

In addition to the World Summit, AIESEC, the world’s largest global network of university students and recent graduates, will hold its Global Leaders’ Summit in Mexico City in 2011; the 2012 RoboCup Championship will take place in Mexico City; the 30th International Congress on Occupational Health will take place in Monterrey from March 18-23, 2012; the International Pig Veterinary Society (IPVS) chose Cancun as the host city of its 2014 Congress; the Pan-American Dairy Congress has chosen Chihuahua for its 2016 event; and the World Ophthalmology Congress will be held in Guadalajara in 2016.

According to the International Congress and Convention Association, the service that Mexico provides the international meetings community has helped the country earn the fourteenth ranking worldwide in regards to the number of attendees coming to hosted events in different Mexican destinations.

Furthermore, the Mexico Tourism Board supports all major international certification programs, such as CMP, for meeting industry suppliers.