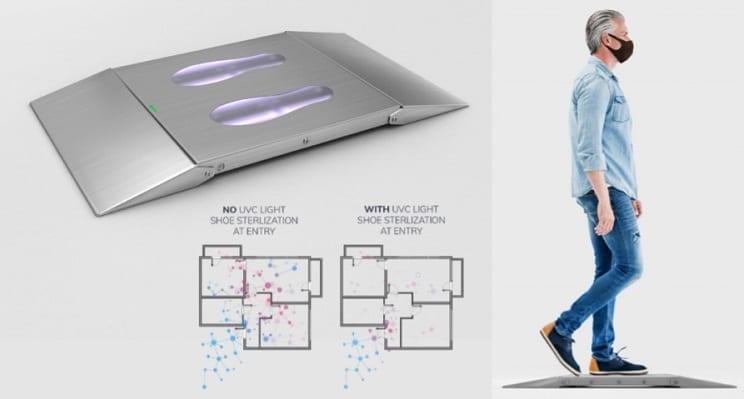 The tradeshow industry continues to quietly find solutions to bridge what we once knew with what we will come to know. This week we feature the hybrid technologies that are emerging as the possible future of the industry, as well as the products that will become as second-nature as drayage and tchotchkes on the check-lists of tomorrow.

Pittsburgh lies at the symbolic heart of American industry, pounding steel and building ships on the shores of the Monongahela River for more than a century. Today, the hammering has stopped, but the innovative spirit remains as strong, and hybrid event firm, Patron Technology, has come to embody the spirit of the modern city.

Already offering a suite of in-person, virtual, and hybrid technologies before the pandemic hit, the firm quickly became the optimum model for the industry once it did. As early as March, Patron began to look within its existing offerings for solutions, and was soon implementing new integrations and expansions of their traditional tools for ticketing, engagement and mobile apps, as well as developing innovative features for virtual events. Known as “Virtually Limitless,” the initiative enables event organizers to create entire online experiences complete with secure, gated access and a host of engagement and community features that bring audiences together. The setup also allows users a near infinite number of possibilities to successfully create virtual, in-person and hybrid experiences.

“It’s not about looking backwards and longingly waiting for things to return to the way they were,” explains Doug Lyons (pictured right), SVP of marketing. “It’s about looking forward to how we can enhance and expand how the world consumes entertainment, while growing communities and cultivating a new event culture into the future.”

“While many experiences have gone virtual for the time being,” continues Lyons, “the tools we’ve built to service the entire industry have been developed in a way that will perpetuate long into the future.”

In Dallas Tex., 3D design and build firm, Makitso has released a portable shoe sanitizing station for use at entrances. Dubbed the HanzTM Trax Pro, the device is designed to reduce cross-contamination of pathogens spread on the soles of shoes. Users simply step on to the pad where their shoes are subjected to germicidal UVC light for up to eight seconds. According to an official release from Makitso, “studies show that pathogens on floors are frequently contacted by objects that are subsequently touched by hands and then spread to other surfaces.”

And it is an invention that is going to be needed as convention doors start to reopen. In Georgia, wholesale home decor and gift event, Atlanta Market, became the first major tradeshow held in metro Atlanta area since March. “It is a significant piece of business to be coming in the middle of a pandemic for us,” reveals William Pate, the Atlanta Convention and Visitors Bureau’s CEO. Running Aug. 18-25, Atlanta Market only attracted a fifth of its usual 50,000 attendees. Worse still, according to a release from the ACVB, Atlanta Market is also set to be the last show of any significance held in the city this year.

Ending on a positive note, the Event Leadership Institute, in partnership with MPI, has developed an online certificate designed to provide industry professionals with strategies, tactics and resources for executing modified in-person events and meetings. The first six-week Pandemic Meeting & Event Design Certificate course begins on September 1, is eligible for 20 CMP hours, and can be taken at a user’s individual pace. The curriculum was jointly designed by ELI’s and MPI’s education team, supported by experienced event and meeting professionals and industry-leading instructors.

Upcoming stories in this series will feature companies and individuals who have risen to the occasion to build temporary medical facilities, masks and whatever is needed during the current crisis. If your company is going above and beyond to assist in this fight, please email us at newsdesk@exhibitcitynews.com and Amadeus at amadeus_finlay@hotmail.com for inclusion in future stories in this series.