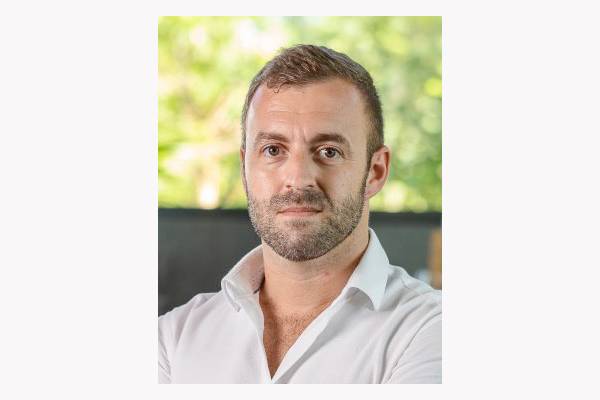 Andaz Mayakoba Resort Riviera Maya, a luxury resort located in a private complex along the sparkling Caribbean coastline and surrounded by nature in Riviera Maya, Mexico, is pleased to announce the appointment of Pedro Soares as its food & beverage manager. In his new role, Soares will lead the food and beverage team at the resort and oversee its five onsite eateries, all dedicated to integrating fresh ingredients and products of the eastern Mexico region into the menus. Restaurants at the resort include signature restaurant Casa Amate, serving diverse Latin American cuisine in an eclectic, residential-style setting; Sotavento, known for fresh seafood and daily chef specials available for feet-in-the-sand dining; VB serving creative plant-based dishes; poolside pavilion restaurant Cocina Milagro, with an open-concept kitchen; and casual beachfront restaurant Tinta del Pulpo. Soares will be overseeing new culinary initiatives to be launched in 2022, including wine pairing dinners, romantic meals under beach cabanas, and poolside parties with barbeques and Mexican street food.

“We are thrilled to have Pedro leading the food and beverage team here at Andaz Mayakoba Resort Riviera Maya,” said General Manager Pascal Dupuis. “His experience and expertise are unparalleled, and we are confident his skills and leadership will bring exciting new insight to our already impressive culinary establishments.”

Soares brings over 14 years of culinary experience from across the world, bringing a deep knowledge of the international markets to Mayakoba. He began his hospitality career as Senior Bartender at Hilton Vilamoura as Cascatas Golf Resort & Spa in Algarve, Portugal before serving as Head Bartender and Team Leader of Waldorf Astoria properties in Sevilla, Spain and Edinburgh, Scotland, then led the team at Perkin Reveller in London.

In 2013, Soares worked Marriot Marquis City Center in Doha, Qatar where he was awarded the MEA SABRE Beverage Specialist award for two consecutive years, and helped the property win the 2014 MEA award for Best Marriott Full-Service Hotel. He served as the restaurants general manager at the Renaissance Downtown Hotel in Dubai, where he led two restaurants and received numerous awards including Haute Grandeur Global Excellence Awards for Best Luxury Family Restaurant in the Middle East, Best Hotel Restaurant in the United Arab Emirates, and Best Restaurant Manager in the United Arab Emirates.

Soraes relocated to Mexico in 2018, where he served as food & beverage manager at Solaz, a Luxury Collection Resort in Los Cabos, overseeing eight food and beverage outlets as well as nearly 10,000 square feet of event spaces. In early 2021, he went on to become Food & Beverage Manager at Palmaia, The House of AiA Resort in Playa del Carmen, serving as a leader on the Executive Committee while overseeing the team helming six eateries.

“I am thrilled to be joining the Andaz Mayakoba team and the Hyatt family in such an exciting role,” said Soares. “With my experience in hospitality and food and beverage spaces around the world, as well as my passion for the industry, I hope to continue the growth of the property’s already impressive culinary offerings. I am delighted to begin collaborations with the talented team on property and creating innovative and exciting new menus and offerings.”