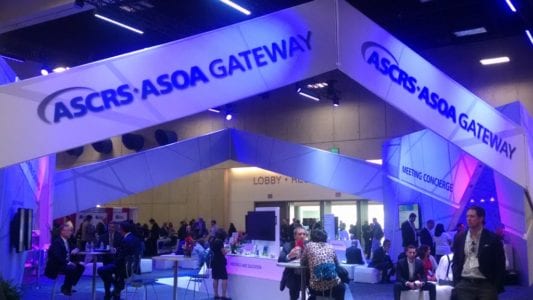 Among the booked groups are the 2022 American Society of Cataract and Refractive Surgery/American Society of Ophthalmic Administrators Annual Symposium & Congress, the 2019 and 2025 National School Boards Association Annual Conference and the 2026 Leading Age Annual Meeting & Expo. ASCRS/ASOA was last held in Philadelphia in 2002 and at that time expressed dissatisfaction with their experience at the Pennsylvania Convention Center. Since then, the Center has undergone a dramatic transformation which includes simplified work rules and a renewed spirit of cooperation among SMG, the PCCA and the labor unions working in the building. The National School Boards Association is a first time group for Philadelphia and Leading Age was last held in Philadelphia prior to the changes made at the PCC.

“We are extremely proud of our teams at the PHLCVB and the PCC who have done significant work to secure both new groups and those who in previous years had said they would not return to Philadelphia,” said PHLCVB President and CEO Julie Coker Graham. “As our Center, our labor unions and SMG continue to cultivate a strong customer-focused environment, Philadelphia can continue to look forward to a robust convention calendar for years to come.”

The PHLCVB’S 2016 bookings include 28 citywide events versus 25 in 2015. Almost 70 percent of the room nights secured for future years are related to meetings and conventions taking place at the PCC, with the rest tied to meetings taking place at regional hotels and other venues. In total, the meetings, conventions and events booked in 2016 are estimated to generate $1.3 billion in economic impact for Philadelphia and the region.

“Our commitment to efficient management and value for our customers is allowing the PCC and PHLCVB to bring groups back to the table for future years,” said PCC Chairman Gregory J. Fox, Esq. “The Center is fulfilling the Board of Directors’ vision for first-class experiences.”

“We are delivering on the promise of customer service and performing at a very high level for great customers such as World Meeting of Families, the Democratic National Convention, the American Association for Clinical Chemistry, and most recently, for a record-setting Philadelphia Auto Show,” PCC President & CEO John J. McNichol said.

“We are immensely pleased with the positive strides being made by both the PHLCVB and the PCC,” said Greater Philadelphia Hotel Association president Greg Stafford. “We feel confident that Philadelphia is on the right track and are looking forward to another terrific year with the NFL Draft coming to our city next month.”

In 2017, PHLCVB-booked conventions and events are projected to consume more than 620,000 room nights and generate over $900 million in economic impact for Philadelphia. Some of those groups include the NFL Draft, LIGHTFAIR International and the National Black MBA Association among others.

Philadelphia Convention & Visitors Bureau, www.discoverPHL.com, a private non-profit membership corporation, is the official Tourism Promotion Agency for the City of Philadelphia globally, and the primary sales and marketing agency for the expanded Pennsylvania Convention Center. The PHLCVB competes with its counterparts worldwide for convention and tourism business. The organization has three business development divisions PHLDiversity, PHLSports and PHLLifeSciences dedicated to the multicultural, sports, and life sciences markets.