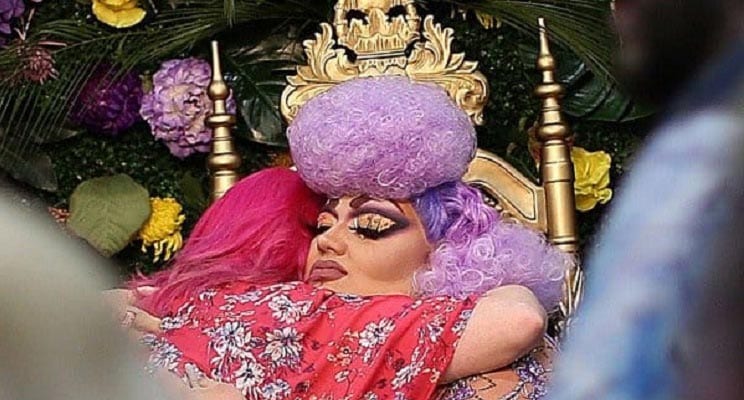 Summer 2019 at Los Angeles Convention Center kicked off May 24-26 with RuPaul’s DragCon, with five remaining can’t-miss events coming to the convention center over the next three months. Also on the summer schedule are BET Experience, Anime Expo (AX), Beautycon LA and KCON LA, as well as newcomer, AlienCon.

“We are excited to partner with these six fantastic organizers and welcome their guests to our facility,” says Ellen Schwartz, general manager of LACC. “These events represent a wide variety of interests and are sure to make for an energizing three months in DTLA.”

In addition to these large-scale entertainment experiences, the LACC has a packed calendar of events including trade shows, meetings and assemblies. These events bring thousands of convention-goers to the LACC and significantly contribute to the Los Angeles economy.

The BET Experience is a jam-packed weekend celebration leading up to the BET Awards on Sunday, June 23. The multicultural music and entertainment event has been a seven-year collaboration between the BET Network and AEG, taking over the L.A. LIVE campus, including concerts at STAPLES Center and The Novo by Microsoft. The LACC hosts the anticipated BET Fan Fest in West Hall, complete with Genius Talks, BETX 3-on-3 Celebrity Basketball Tournament, Celebrity Dodgeball Game, BET X House of Fashion & Beauty, Coca-Cola Music Studio, DJ Hed presents Kicksperience sponsored by Sprite, Casting Call and more. For more info, visit BETExperience.com.

For 28 years, Anime Expo has celebrated Japanese pop culture and the arts of Japanese animation. The annual convention has grown to a capacity of 110,000 unique attendees per day, making it the largest Japanese pop culture gathering in North America. This massive destination event has seen tremendous growth since moving to the LACC in 2008. At the time, it took place in West Hall and attendance was at 43,000. Today it takes over all 720,000 square feet of exhibit space at the LACC with expanded content, entertainment, exhibitors, artists and more. Over the course of one preview night and four full event days, AX provides more than 900 hours of programming, including concerts, panels, signature events, cosplay and gaming for anime fans and industry alike. For more info, visit Anime-Expo.org.

Beautycon Festival brings the best of the beauty industry to Los Angeles. With global events including New York, London, Dubai and Dallas, Beautycon Festivals have welcomed more than 100,000 fans worldwide. Last year, Beautycon added more than 114,000 square feet of exhibit hall space by moving to the LACC’s South Hall. Beautycon LA 2018 brought 30,000 fans and over 150 brand experiences to the LACC. Beautycon LA 2019 is adding another 26,000 square feet of rental space which will allow the event to build on its already expansive beauty panels, makeup tutorials, makeup artist meet-ups and top brand activations, all while celebrating the beauty of self-expression and staying true to oneself. For more info, visit Beautycon.com.

KCON is the largest convention dedicated to bringing Korean pop culture (also known as Hallyu) to the American fan base. Since 2012, KCON has grown exponentially from a one-day event in Irvine, Calif., to a festival taking over the LACC and Staples Center for three days and two nights. Last year, the fan festival reached 147,000 attendees between both New York and Los Angeles events. KCON is the original convention connecting American fans of Korean music, food, beauty and more with other fans through concerts, forums, workshops and celebrity meet and greets. For more info, visit KCONUSA.com.

The Los Angeles Convention Center (LACC) is renowned internationally as a prime site for conventions, trade shows, and exhibitions. Owned by the City of Los Angeles and managed by AEG Facilities, the LACC attracts over 2.5 million visitors annually. The facility is an integral economic component to the Southern California area, generating economic benefits through attendee direct and indirect spending and sustaining over 12,500 local jobs. For more info, visit lacclink.com.