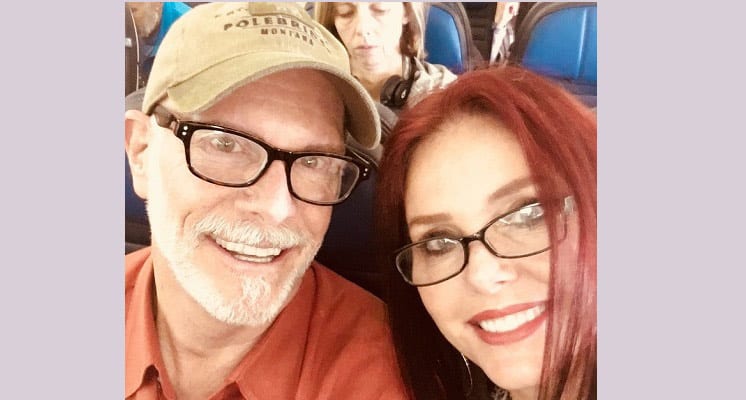 Five Questions for the Executive Director of EACA

Jim Wurm was born in Cleveland and moved to Pennsylvania, New Jersey and Long Island growing up and then went to Philadelphia on a baseball scholarship. Planning to go to medical school, he studied biology at the University of Pennsylvania but decided he didn’t like hospitals and ended up doing cancer research for three years. Says Wurm, “I didn’t see this as a long-term career opportunity so I applied and got into graduate school for business and moved to Atlanta for graduate school.”

As he explains, “I met Jack McEntee at the Atlanta Sporting Club playing pick-up basketball. We became friends for more than a year. At the time I was the Atlanta branch manager for a national personnel agency. The personnel agency was sold to an international firm who decided to close my division and the Atlanta office. I called Jack the same day I got the news and he asked if I wanted to come to work for him. I said, ‘I’ve known you for more than a year but I really don’t understand what you do.’ He said, ‘Meet me at the GWCC on Saturday morning and I’ll show you around the American Bankers show.’ When I walked onto the show floor I got an immediate positive vibe. I told him I loved it. He asked why. I said because I was involved in a lot of theater productions in college and this reminds me of that….only this is business theater.”

He’s launched and organized tradeshows throughout the U.S. and in Europe, and worked for I&D, Inc. (now Nth Degree) as director of marketing and national sales manager. With 30 years of tradeshow marketing and management experience, he’s created and managed his own tradeshows (CleanRooms and CleanRooms Europa), and has served as group director of high tech shows for Miller Freeman, Inc. (at the time, the third largest show organizer in the world).

Currently, he resides in Bend, Oregon and he’s the executive director of the Exhibitor Appointed Contractor Association (EACA), a tradeshow industry association dedicated to “raising the level of service excellence on the show floor.” He’s the proud father of five young adults, happily married to his wife of 13 years, CJ.

ECN: What do you like best about your job?

JW: I love working with some of the best people I’ve ever known in my life. There is nothing that can diminish the can-do spirit of EACs and the tradeshow workforce. They are truly amazing.

JW: My first job in the industry was working in sales at I&D, Inc. (now known as Nth Degree). I was hired by Jack McEntee. Jack was an inspirational leader, motivator and teacher. His vision and efforts greatly revolutionized the way exhibitors are serviced at tradeshows and I was very fortunate to have him as my mentor.

JW: My job is to help make exhibit managers jobs easier, not the other way around. As executive director of EACA, the primary mission of our organization, and my job, is to create an environment in tradeshows where exhibit managers can be more successful. The only thing I would wish from exhibit managers is to let me know what’s working, what’s not and what’s missing that they’d like to see.

JW: It’s hard to pick one favorite show or one favorite city. They all have their advantages and unique qualities. I was first attracted to the tradeshow industry because it reminded me of my experiences in college working in the performing arts. I see tradeshows as business theater. The show floor has the same energy before the show opens as the theater does before the curtain goes up. It’s both exciting and nerve racking at the same time.

JW: My bias would be to recommend they learn the industry the way that I did, from the ground up. I was in sales but when a big show was moving in the I&D philosophy was all hands-on deck. Everyone understood that we were there to help any way needed whether that was working in a set-up job, sweeping the floor or running errands. Customer service is a team effort and we were well aware that we all needed to learn how to succeed in any capacity that was assigned to us.