Snapshots of convention centers in the Southeast U.S. and Canada

Under the Orange County Government in Florida, Orange County Convention Center (OCCC) has grown substantially since it opened in 1983. It is now the second largest in the U.S. at 7 million square feet. For any of the 1.4 million people OCCC attracts, sprinting from the airport to a convention takes 15 minutes, depending on traffic. Due to its 2.1 million square feet of exhibition space, the venue can accommodate more than 200 large-scale tradeshows each year. The venue also provides three fully covered loading docks, including more than 170 truck bays. 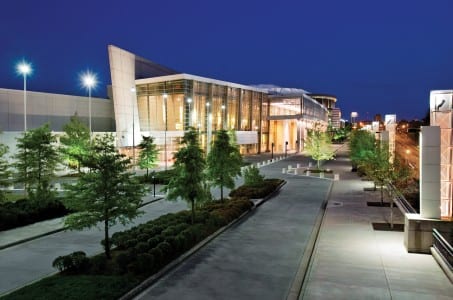 A top five venue within the U.S., the 3.9 million square-foot Georgia World Congress Center opened in 1976 as the first state owned and operated venue in the country. Part of a complex in downtown Atlanta, it consists of Georgia Dome, a sports stadium and Centennial Olympic Park, a 21-acre space for outdoor events. The center alone attracts more than a million attendees a year. Many arrive for exhibitions on 1.4 million square feet of space, or to meet in either of the two ballrooms or 106 designated meeting rooms.

The Southeastern U.S. is rounded out with another large facility — the 3 million square-foot New Orleans Ernest N. Morial Convention Center (MCCNO). Named in honor of a former mayor, MCCNO has regularly hosted many national conventions and tradeshows since it opened in 1985. Aside from its more than 1 million square feet of exhibition space, the venue provides a 60,000 square-foot Great Hall that opened in January 2013, a 4,000-seat auditorium and 140 meeting rooms. 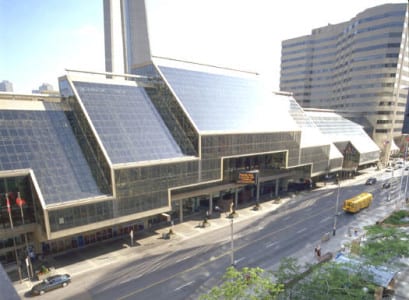 Welcome to the largest convention center in Canada – the Metro Toronto Convention Centre (MTCC). At the 600,000 square-foot venue, more space is dedicated to the 460,000 square-foot exhibit hall. This is not surprising considering it has hosted major tradeshows and events, such as the Canadian International Auto Show and G-20 Summit. With show move in and out a huge priority, the Oxford Properties-owned venue consists of 28 loading docks, which are divided between the North and South Halls. Since MTCC opened in 1984, it has won several awards and gained several “green” certifications. For visitors’ convenience, the venue is located near 10,000 hotel rooms in downtown Toronto.

Visitors to Quebec City get to test out their French and check out the eco-friendly Quebec City Convention Centre. Considered a top convention destination in Montreal, Canada, the facility also earned “Best Convention Centre in the Word” from International Association of Convention Centres (AIPC). Its national and international events attract 200,000 people worldwide on nearly 75,000 square feet of exhibit space. Since the convention center opened in 1996 by government corporation SCCQ, it has hosted more than 2,000 events.