The warm climes of Orlando, Florida, topped the nation’s cities as the most popular destination for meetings professionals, according to a recent report by Cvent, an event-planning and management company.


Surpassed only by Las Vegas in total number of available hotel rooms, Orlando scored the top spot in the annual Cvent review of the nation’s top meetings destination based upon company bookings. The Orlando area last year drew in more than 55 million visitors to its many local attractions, including Walt Disney World, SeaWorld and Universal Orlando Resort.

“We are honored and excited to be rated as the top U.S. destination by Cvent. Corporate meetings are a crucial business segment for Orlando, and our ranking No. 1 validates the effort we have put into working with these groups,” said Tammi Runzler, senior vice president of convention sales and services, Visit Orlando. “More importantly, Orlando remains committed to making the destination a compelling choice for corporate meetings.”

With more than 2 million square feet of space, the Orange County Convention Center is one 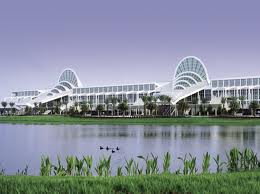 of the nation’s largest facilities. And the Orlando area has numerous golf courses and the ocean only a short drive away in addition to Walt Disney World, SeaWorld, the Epcot Center and many other family attractions nearby, making Orlando a very popular vacation destination as well as a popular site for meetings, tradeshows and networking events.
But other cities in the Southeast U.S. also made the top 10 destinations for tradeshows, exhibits and professional meetings.

Miami occupies the fourth position in the Cvent list, behind Washington, D.C., and Las Vegas, which placed second and third, respectively. The city features some of the newest hotel construction in the nation, thousands of renovated hotel rooms, beaches populated by some of the nation’s most attractive people as well as a very popular nightlife and a distinctive Art Deco district famed for its unique architecture. 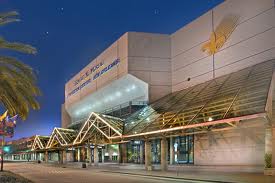 wound up in the 10th position on the Cvent report and third among cities located in the southeastern United States. Or, it could be Cajun cooking, multiple museums, live music and quite possibly the vibrant nightlife that causes so many visitors to come to New Orleans every year. But for Cvent, it has more to do with the city’s nearly 40,000 hotel rooms and the 3.1 million-square-foot Ernest N. Morial Convention Center and its exceptional support services that make it a great destination for meetings and tradeshows.

A focus on attracting more tradeshows and professional meetings events by New Orleans officials have helped boost the city’s standing among convention destinations.

“Starting with PCMA’s inaugural ‘Helping Hands Program’ in 1990, we have been really involved in re-investing in the community through meeting and convention attendees for over 20 years,” said Nikki Moon, vice president, New Orleans Convention and Visitors Bureau, to Cvent. “Tourism means 74,000 jobs. Just looking at its impact year to date based only on the business that has been sourced through our CVB; meetings are responsible for $1.1 billion in revenue for the city. The impact of meetings is truly immeasurable.”

Considered one of the best venues of its type, the Morial Convention Center recently underwent a more than $60 million renovation and provides state-of-the-art lighting, facilities for audio and video production, videoconferencing, satellite uplinks, webcasting and an award-winning catering staff. The facility is located in the New Orleans’ art district and is surrounded by numerous museums and art galleries as well as music venues and other sites popular among tourists.

Founded in 1999, Cvent is an event-management software company based in the United States and does business globally. Cvent annually helps manage some 500,000 events and surveys around the globe.