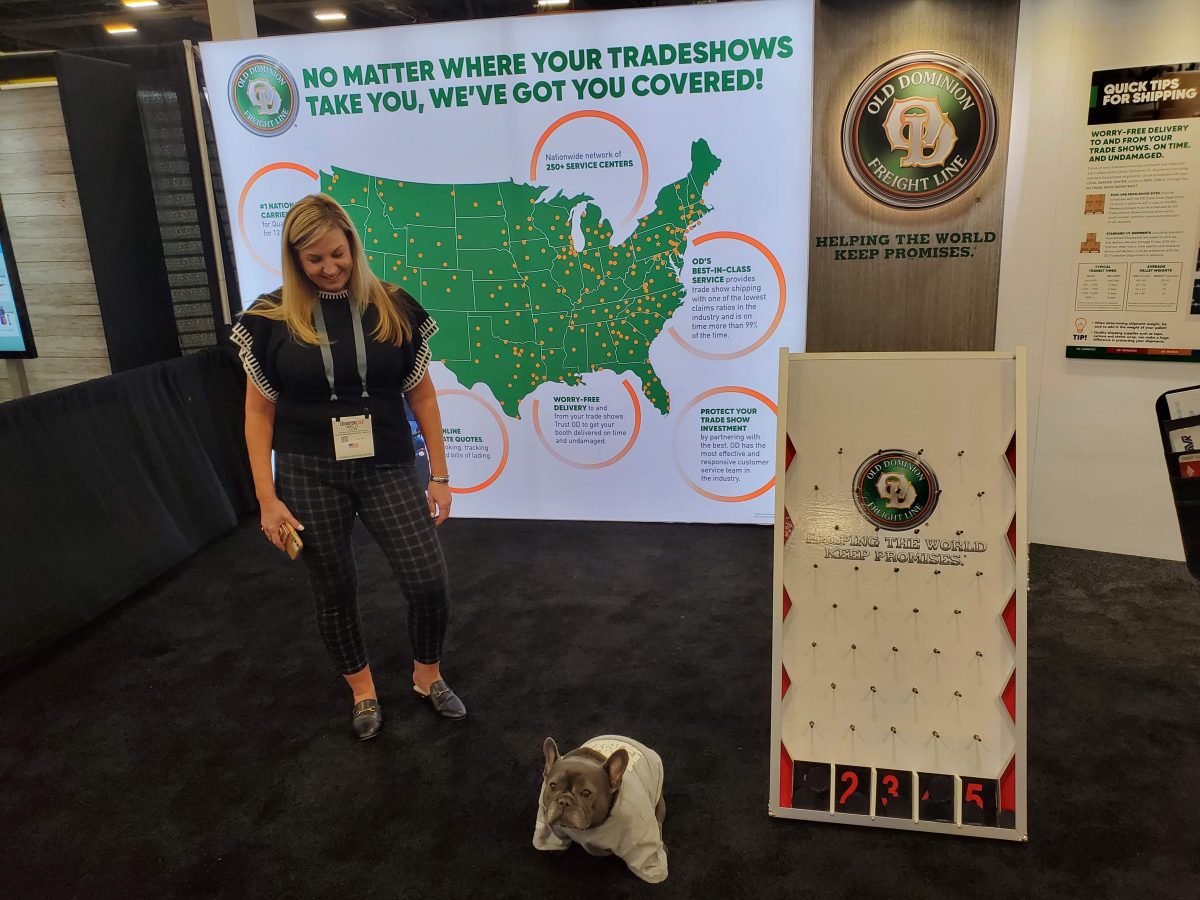 Talk on the Showfloor at ExhibitorLive 2022 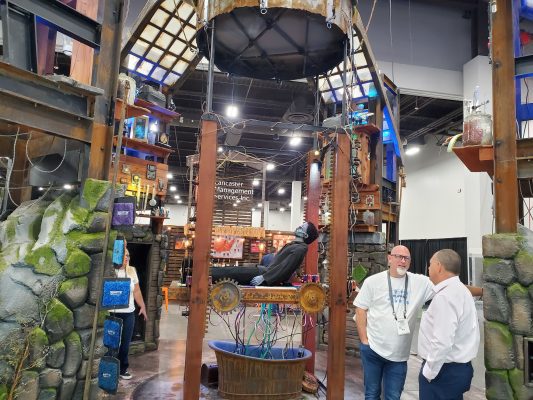 There was LOTS of talk on the tradeshow floor at ExhibitorLive this year, including non-stop chatter about Stanley, a French bulldog (pictured above)  who paw-footed it to several booths on the floor to take pictures with everyone; the proliferation of LED lighting and panels; Frankenstein coming to “life” at the Brumark booth (pictured right); the dunking booth at Lancaster Management; getting a massage at the OnLocation booth; having a delicious pork slider at the Trade Show Group book, taking a “Moofie” at the Stevens E3 booth in the IFES Pavilion;  and the fact that Mark Johnson, chairman and CEO of The STAR Groupe, has acquired Exhibitor Media Group, which includes EXHIBITOR magazine, the EXHIBITORLIVE show, the university-affiliated Certified Trade Show Marketer program, FastTrak regional conferences, eTrak online learning opportunities, EXHIBITORInsight webinars, and more. 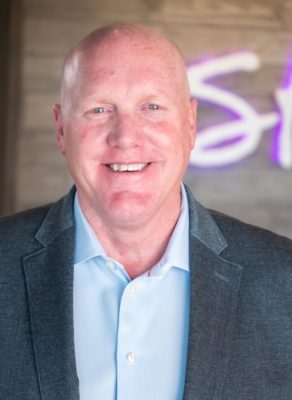 Johnson (pictured left) founded Star Exhibits and Environments in 1993 and, following the pandemic, he made the strategic decision to establish a holding company with the intent of serving the face-to-face marketing industry. “Knowing the important role EXHIBITOR plays in the industry, I wanted to ensure the entire face-to-face marketing community continues to have access to the unbiased content, education, and expertise they need to create successful programs now and in the future,” says Johnson in a recent press release.

“As the new owner of the business, my first priority is ensuring the EXHIBITOR team is well cared for during the transition,” adds Johnson, noting his initial focus on people, benefits, and culture. “Because of the unique role that EXHIBITOR plays in our industry, I intend to run it as a separate business and will not have ongoing operational responsibilities. Once I am confident we have established a strong footing, I will turn the business over to a newly appointed CEO/president who will be accountable for running Exhibitor Media Group.” Additionally, Johnson plans to establish an advisory board with leaders across the globe to help identify and accommodate unmet industry needs. He explains, “I am honored to now be a part of the EXHIBITOR legacy and look forward to watching the organization grow and evolve in the years to come. Long live the show!” 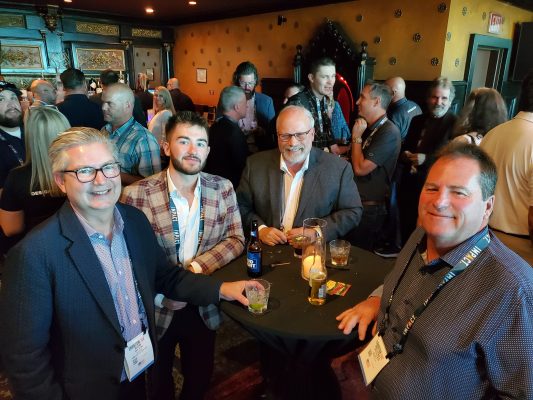 Parties, as usual, abounded at ExhibitorLive and we caught up with the Employco folks (pictured right) and the Don & Mike Show podcast recording live at the House of Blues’ Foundation Room on the 65th floor of Mandalay Bay. At the same time, Aluvision, Nth Degree and SmartSource were also holding parties at The Border Grill at Mandalay Bay. CRM software/lead retrieval and gamification provider Captello held a party at EyeCandy to celebrate both the birthday of their senior director of event engagement, Michelle Harman and a successful tradeshow.

More than 130 exhibitors at the show were happy to be back doing what they love and they were happy to see so many attendees back walking the show floor as well. More pictures in Part II of the ExhibitorLive show recap  next week!