The D.E.A.L.-Attractions: A Long Bucket List of N’awlins Not-To-Be-Missed Attractions 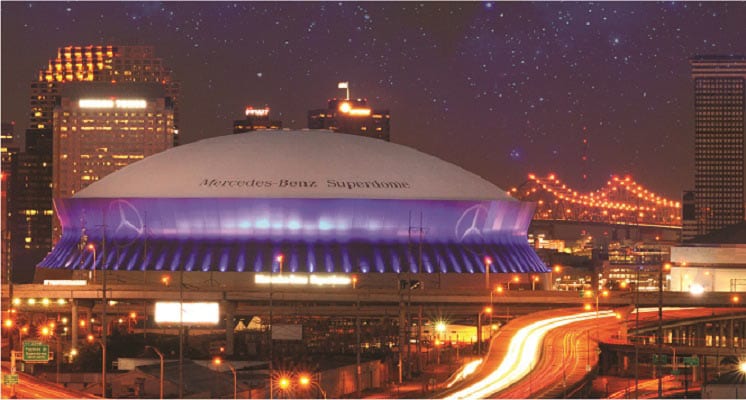 Ten Super Bowl games, two World’s Fairs and 300 years of history surrounding you…N’awlins is a one-of-a-kind city with hundreds of attractions to choose from as a tourist.

Mardi Gras World is where the amazing floats for the Carnival season parades are built. Watch the artists at work and take a tour of the museum/warehouse to learn the history of the events, and if you’re an EDM fan, time your visit with the Buku Festival, which is held there every year.

You could ride the carousel in City Park, take a horse and buggy-guided tour, watch the street dancers in Jackson Square, see a Saints game in the Superdome  or try on Carnival masks at a chintzy souvenir shop. You could hop on a historic streetcar at Canal Street in Mid-City and ride all the way down to the Mississippi. Then transfer to the St. Charles line and ride all along The Avenue and down Carrollton. You could visit one of NOLA’s historic cemeteries / mausoleums and see Nic Cage’s huge pyramid-shaped tomb in St. Louis Cemetery No. 1.

You could go on a classic cocktail hop  and have a Sazerac at The Sazerac Bar, a Ramos Gin Fizz at the Empire Bar, a Vieux Carre at the Carousel Bar, a Brandy Crusta (or French 75) at the French 75 Bar, a Grasshopper at Tujague’s, a Brandy Milk Punch at Brennan’s, a Pimm’s Cup at the Napoleon House, and so on… or hit the touristy spots and have Hurricanes at Pat O’Briens, Hand Grenades and Shark Attacks at Tropical Isle, and, naturally, Purple Drank at Jean Lafitte’s Blacksmith Shop.

Or you could savor the beauty and romance of New Orleans skyline aboard a jazz cruise on the authentic Steamboat Natchez (the world renowned Dukes of Dixieland play on the Natchez) or her sister ship, The City of New Orleans (the New Orleans Spice Jazz Band plays on this authentic paddlewheeler powered by a 24 ft. diameter paddle wheel).

Or you could take a tour on The Creole Queen which has a two-and-a-half-hour narrated cruise on the Mississippi River along with a one hour visit to Chalmette Battlefield. You disembark at the site of the 1815 Battle of New Orleans (Jean Lafitte National Historical Park and Preserve) and tour the Chalmette Battlefield including the Malus-Beauregard House and the Chalmette Monument.