The D.E.A.L.: The Georgian Terrace Hotel: The Grand Dame of Atlanta 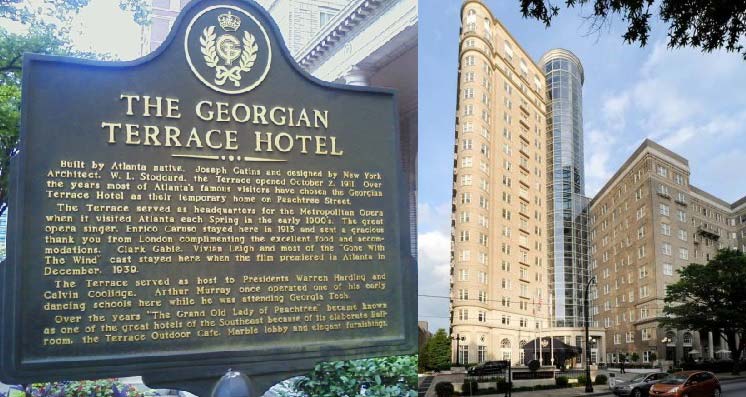 About 15 minutes away from the GWCC, in Midtown (the first neighborhood north of downtown), stands the esteemed Georgian Terrace Hotel built in 1911. Constructed in a Beaux Arts style by architect William Lee Stoddart, the concept of the hotel was a Southern interpretation of a Parisian hotel and cost a mere $500,000 to build. Classic architectural details such as turreted corners, Palladian-style windows, decorative terra cotta, crystal chandeliers, and wrap-around terraces are featured throughout the hotel. 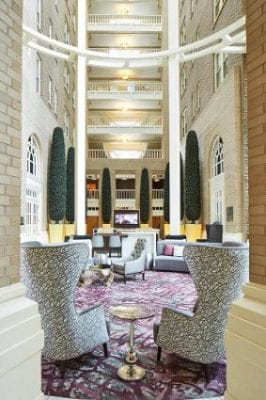 Located right across the street from the iconic Fox Theatre, the four-star, very highly rated historic hotel is known as the Grand Dame of Atlanta and offers plenty of charm and luxury. Famous for hosting the 1939 opening gala for the Gone with the Wind premiere, this beloved Atlanta hotel has been a tremendous patron of the performing arts. Beginning in 1913, Italian tenor Enrico Caruso, and the rest of the Metropolitan Opera, used the landmark Georgian Terrace as their home base whenever they were in town performing. In the 1920s, Arthur Murray started teaching dance lessons in the Grand Ballroom. Other notable guests include Calvin Coolidge, Helen Keller, F. Scott Fitzgerald, Tallulah Bankhead, Walt Disney, Clark Gable, Carole Lombard, Vivien Leigh, Laurence Olivier and Elvis Presley. In the 1970s, concert promoters Alex Cooley and Mark Golob, turned the Grand Ballroom into the Electric Ballroom and brought famous acts such as Billy Joel, Bruce Springsteen, Fleetwood Mac, Patti Smith and the Ramones.

In April 2007, the hotel was used to film a Bacardi Global Brands commercial starring George Clooney, Jamie King, and Leonor Varela for the European market titled El Toro. In the fall of 2010, the hotel’s Grand Ballroom was used as a filming location (the ballroom doubles as Plantation Oaks Country Club) for the Jason Bateman and Ryan Reynolds film The Change-Up. 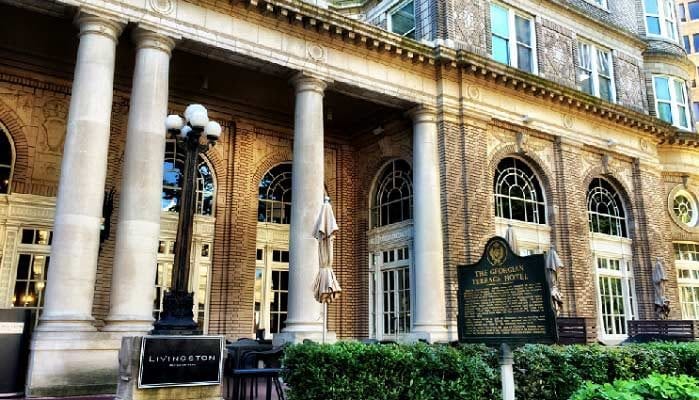 In the 1980s, the hotel was condemned; fortunately it was listed as part of the historic Fox Theater District, which saved it from being demolished. In the 1990s, a 19-story wing was added to the building when it became a luxury apartment house for six years; the hotel underwent major renovations in 2000 and 2009. A member of Historic Hotels of America since 2001, the hotel is now as spectacular and elegant as it was back in its heyday of movie stars and elegance. Bedrooms are refined and offer sleek, stylish accommodation while the communal areas are resplendent with a traditional Southern décor. Guests can take a swim in the super lush rooftop pool which offers panoramic city views, dine at the Livingston Restaurant and Bar that serves up award-winning cuisine.