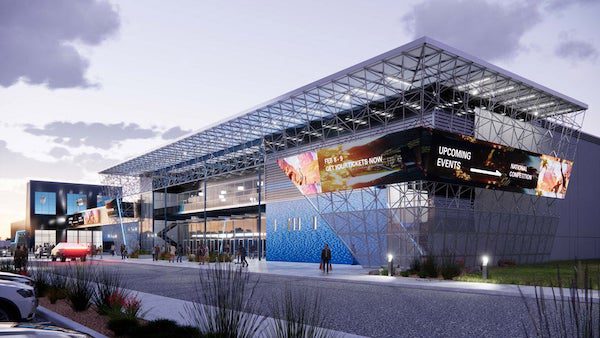 The much-anticipated Tech Port Center + Arena, being hailed as the “most technologically advanced concert and eSports facility in the US,” is finally open for guests to experience.  Managed by ASM Global, the world’s leader produce or entertainment experiences, the $70-million, 180,000-square-foot, multipurpose technology arena and interior gaming event space will host eSports competitions, conventions, conferences, concerts and much more. Industry-leading Owner’s Representative and AV Consultant, Anthony James Partners (AJP), was behind the $5.2-million-dollar AV Technology scope, with services including Design, Financial Modeling, Bid Management and Negotiations, Construction Administration and Commissioning.

“A first-class AV technology system is critical to the guest experience at Tech Port Center + Arena, and the AJP team has done a tremendous job supporting its design, which will provide guests with booming sights and sounds the second they enter the arena,” said Tech Port Center + Arena General Manager Eric Blockie. “San Antonio is a city on the forefront of technology and with AJP’s guidance, creativity and design concept, Tech Port Center is primed to become, not only the area’s top high-tech venue, but one of the best in the world.”