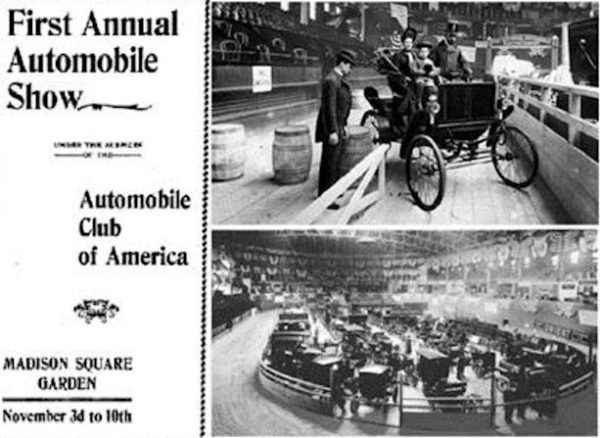 Transportation, Tradeshows & the Turn of the Century

by Bob McGlincy, The Tradeshow Times

The 19th century was a time of innovation and scientific advances. Expositions in Europe and America promoted original ideas, displayed amazing technologies and exhibited manufactured goods. However, an invention alone—no matter how original the idea—was not sufficient for success; that required promotion, awareness, interest and, most of all, sales. Commonplace items of today—products like the bicycle, the automobile and the airplane—became commonplace items because of their presence at tradeshows. 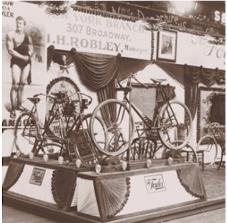 The bicycle was invented in 1817, but did not become extremely popular until the 1890s. In 1883, there was a Bicycle Camp and Exposition in Springfield, Mass., (home of Frank and Charles Duryea, two bicycle mechanics who designed the first successful American gasoline automobile). By 1890, the annual New York City Bicycle Exhibition (pictured left) attracted more than 100,000 people annually, even after the recession hit in 1893. That same year, 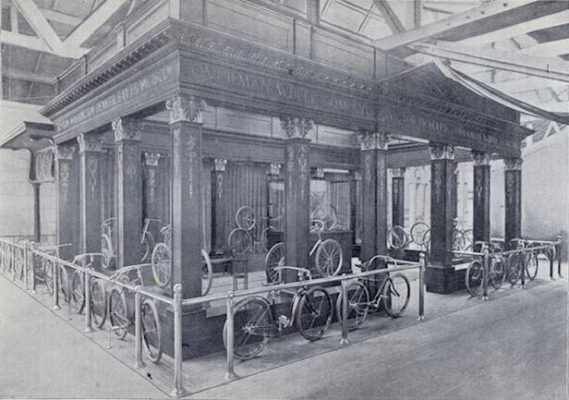 bicycles were displayed prominently at the Chicago World’s Fair (one exhibit in the Transportation Building at the Fair is pictured right). By the end of the century, the cycling craze captured millions of Americans … and sold millions of product, despite devastating economic times. Bicycle shows continue today; the largest one is EuroBike, whose most recent show was September 2021.

The first gasoline-powered automobile patents were filed in 1886; and Karl Benz is credited with producing the first internal combustion engine vehicle in 1888. The first American automobile manufacturing company was the Duryea Motor Wagon Company, which was founded in 1893. Although there was a small auto show in Paris in 1894 (it had four cars), and a slightly larger one in London in 1895, the Paris Motor Show of 1898 is generally regarded as the first automobile show in the world.

In the U.S., Detroit held the first Auto Show in 1899, and then a second one in 1907. The New York Auto Show first motored into Madison Square Garden in 1900; and it had been an annual event every year since, until COVID hit. At that first show in 1900, there were 69 exhibiting companies, 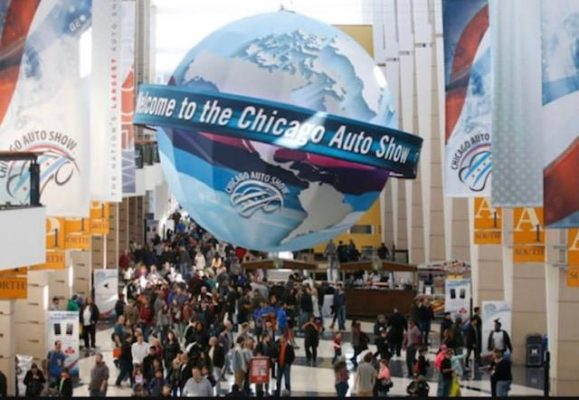 displaying 160 different vehicles—cars powered either by gasoline, steam or electricity. More than 48,000 people paid 50 cents apiece for the privilege to view the horseless carriages. The Chicago Auto Show premiered in 1901. Interestingly, fewer than 25 percent of all automobiles purchased at the turn of the century were gas powered—and more people attended bicycle shows than auto shows. 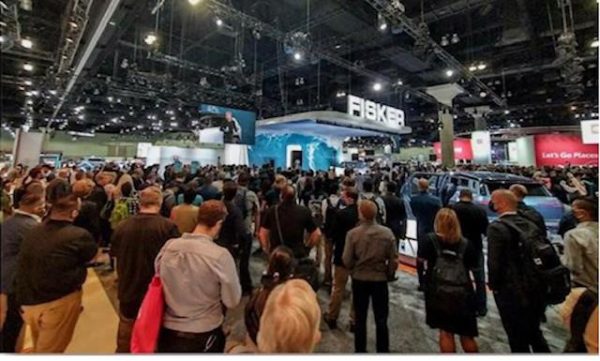 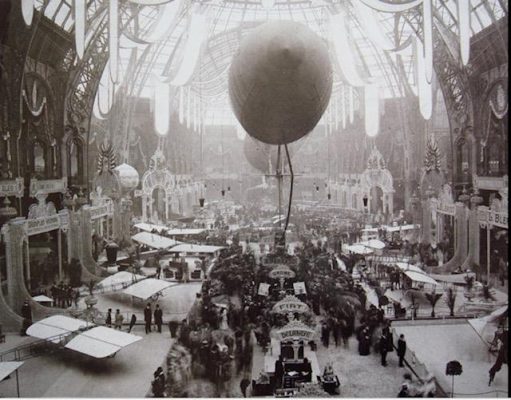 The first manned balloon flight was in 1783. The first glider to be successfully flown in the air was in 1853; unfortunately, it crashed. The first heavier than air machine flew in 1903 (and it was two bicycle mechanics who engineered the project).

The Paris Air Show is the largest air show, and the largest aviation and aerospace exhibition in the world. Although initially debuting as part of the Paris Motor Show in 1908 (pictured left), the Air Show floated on its own in 1909, attracting more than 100,000 visitors.

Air shows, large and small, continue their popularity around the world. When the Las Vegas Convention Center first opened in 1959, its inaugural show was “The World Congress of Flight.” In 2019, the Paris Air Show (photo below) had 2,453 exhibiting companies from 49 countries; the show spanned 1,350,000 net square feet and attracted 316,470 visitors. Orders were written at the show in excess of $140 billion. A biennial event, the 2021 Paris show was canceled due to COVID.

People love live events. They appreciate the energy and relish the excitement. They enjoy networking and engaging face-to-face; they delight in seeing and feeling product. Tradeshows work, and they have been doing so for a long time.