TSEA President has big plans for the association 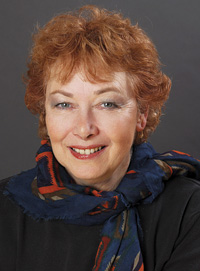 When she was fourteen years old, Margit Weisgal, CME, president and CEO of the Trade Show Exhibitors Association (TSEA), started her first business. The road from that first venture as an entrepreneur to her current position has been interesting and varied. As she put it, “Every job, every business I ever had, has endowed me with new skills and expanded my expertise, all of which contribute to managing the TSEA.

“My first experience in the exhibition industry was to produce a small trade show for our clients,” Weisgal said. “But I got lucky; someone coached me every step of the way, spending hours on the phone with me answering questions and recommending approaches to make the event successful.”

Her business grew 40% because of that show. Exhibiting came afterwards.

“A client called me and said we had to exhibit in this show,” recalled Weisgal. “He was on the exhibit committee for a small association. So, once I booked the space I, of course, bought a booth. As a novice exhibitor, I made every mistake in the book, including not ordering carpet. I never made that mistake again.”

Her mistakes were offset with successes. She often worked with clients on their trade show promotions, many of which won awards. Several promotions garnered a 63% response rate, which is very rare. Those promotions also led her to start authoring articles and being a resource for journalists of publications such as BusinessWeek. Eventually she wrote a book titled Show and Sell: 133 Business Building Ways to Promote Your Trade Show.

Along the way, she met Ed Chapman, with whom she eventually partnered in consulting on exhibit marketing, strategic planning and staff training.

“He came from AT&T and ran a program where they exhibited at 600 shows a year. He taught me a ton about exhibiting,” said Weisgal. “My world was small business, his was the exact opposite. It was a good match for both of us.”

And because Chapman was involved in TSEA, Weisgal also got involved. That was almost 20 years.

Since then, she served on committees and received her Certified Manager of Exhibits™ (CME) certification in 1993. In 2007, she was the recipient of the TSEA’s Distinguished Service Award, bestowed upon individuals or organizations that have made significant contributions to the exhibition and event marketing industry.

“I probably learned as much from my students as I taught them,” said Weisgal. “Everything we do is really a form of teaching, from educating clients on how to do a better job, to what works and what doesn’t.”

“It’s a challenge, as I never ran an association, but it’s not very different from running a business, she said

If she has one hot button, it’s to have a steep learning curve. In spite of earning a Master’s degree in hospitality management, she explained, “I love to teach myself and then turn around and pass it on. I take situations I’ve observed and use them as examples. Many of our skills can be translated for different circumstances. Running the TSEA is different from running a small business, but also very similar. One difference is we have members, not clients and they are why we exist. But we still have to manage the day-to-day operations.”

Weisgal’s goal is for the association to be the largest industry association in the country. One way she plans to do that is to engage her members, giving them a reason to be involved.

“I always believed we could do more than we were doing,” said Weisgal. “I think our role is to empower exhibitors to recognize their real value. They are the primary customers in the industry. Organizers also need to understand our perspective because we are partners in making the tradeshows the valuable marketing medium they are.”

The TSEA’s upcoming Red Diamond Congress is one way the association is making that happen.

“This job was serendipitous,” said Weisgal. “It came along at the right time. I’ve been able to incorporate past skills, learn new ones, involve the many people I’ve met in the industry and lead us forward. We have an amazing association that we can be very proud of.

Our members are engaged and they help us grow and evolve. I couldn’t do this job without them and an excellent staff. Together, we’re building the TSEA into a strong, healthy organization.”