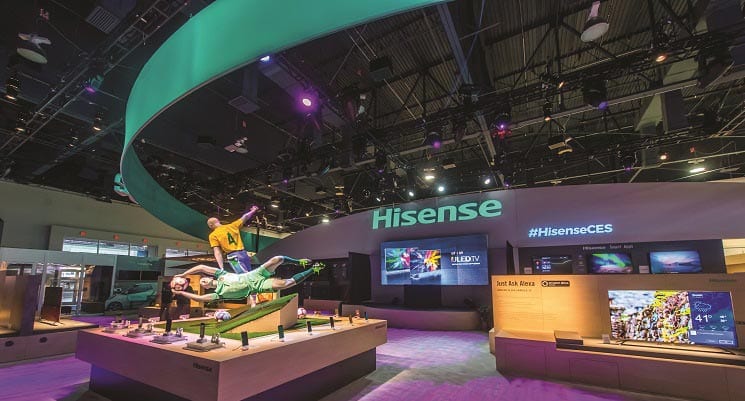 Total Show Technology (TST) is the total show production solution for anyone who hosts, plans, manages, or produces events, meetings, and tradeshows. They have delivered audio, video, lighting, equipment rental and total show production for conventions, corporate meetings and events, tradeshows and nightclub live events since 1996. Based in Las Vegas, they’ve done every kind of show in every type of venue throughout the Pacific Southwes 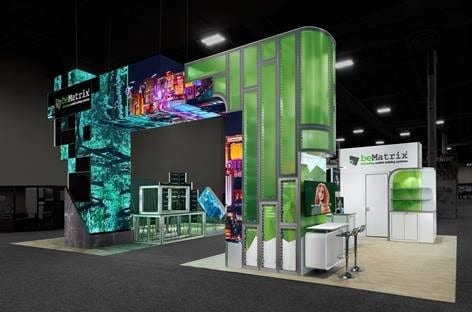 t, and they travel with their clients nationwide.

While TST has been a force in the events industry since 1996, Rick Pollock, who founded the company with his wife, has been in the industry for more than a decade longer. In 1982, he started working for GES Exposition Services, a nationwide convention services contractor in Las Vegas. He managed the AV Operations department, supporting audio visual solutions for the convention business.

While at GES, Pollock saw the potential to expand the AV end of the business. “At the time, it was hard to get people to recognize the potential of AV,” Pollock says. “I realized that event companies that wanted to stay relevant and competitive in the industry would need to invest in it.”

In 1995, Pollock left GES and led the AV division at a company called Heritage Display. A year later, he formed Trade Show Technical, purchasing Heritage’s equipment and assets and hiring their staff. His five-person team used the Sands Expo and Convention Center as their base of operations. 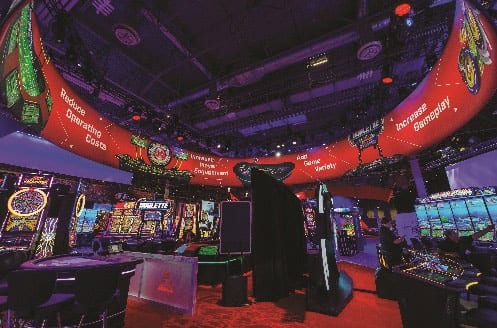 At the beginning, Trade Show Technical primarily focused on expo work. The early days were tough, but the orders kept coming, largely because the company built a reputation for exceptional service and for getting the job done right.

TST’s initial focus on tradeshows has since expanded to conventions, corporate meetings and events, and nightclub live events. The company’s services include audio and video design, installation, and operation; lighting, rigging, staging and drape; computer services; LED/pixel repair; AV technician staff sourcing; and equipment rental and sourcing. The depth and breadth of the company’s capabilities, combined with its growth over the past 23 years, led to the company’s name change to Total Show Technology in 2018. In Las Vegas, the company is regularly known by the name TST. 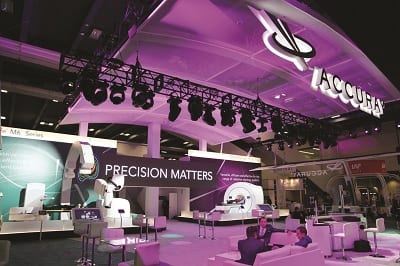 Pollock credits the company’s staff and dedication to service for the company’s growth. “TST was built from nothing to become the best audiovisual production and rental company in the Pacific Southwest,” Pollock says. “We’ve built a reputation for integrity and service. Work with TST, and our team will know you and take care of you.”

He points out that the events industry requires hard work and long hours, and he praises the staff’s ability to work all night long and still come out the next morning to do what needs to be done. The 20-person team is small enough to be nimble and large enough to handle any challenge thrown at them.

Melissa Skipworth, an account executive for the company, says clients appreciate the company’s size and the staff’s camaraderie. “We have a great work ethic here,” she says. “Some of our clients want onsite audiovisual support, while others want advanced technologies and design ideas that can make their events stand out. Our clients know that every member of our team is committed to making them look good.”

The company’s smaller size and lack of multiple layers of command allows it to make quick decisions and remain flexible. For example, its people are empowered to make decisions and solve problems on show site. “In this industry, you’ve got to be able to move fast,” Pollock explains. “We’re a small, privately-owned company, which means we can cater to clients’ needs.”

“Our clients expect us to show up on time and make sure all equipment is up and running,” Skipworth says. “It’s our job to be a behind-the-scenes solution that makes our clients’ headaches go away. If our clients need something, they simply pick up the phone, and we make it happen.” 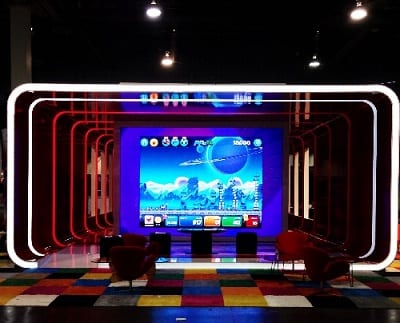 “How can you use audiovisual technology to capture attention in a way that draws people in and encourages them to really engage?” Pollock asks. “That’s the real question. Our team loves working with clients to come up with creative solutions. The general sessions and meetings and booths we support are showstoppers.”
While TST is well stocked with high-tech audiovisual gear, Pollock reiterates that the company’s success is due in large part to the staff with the skill to install it and make it work. He notes that the company’s staff has no problem keeping up with the rapidly changing audiovisual and lighting technology. “We take hiring and training very seriously,” Pollock says. “All of our employees also participate in rigorous, ongoing training and education.”

The average employee tenure with TST is eight years, which is almost unheard of at an audiovisual production company. At TST, new employees start as shop assistants and go through a program developed both in house and through InfoComm/AVIXA [AVIXA’s Certified Technology Specialist (CTS) program is recognized worldwide as the leading AV professional credential].

“Our people learn the gear in part by checking it in and out and performing routine maintenance on it,” Pollock says. “We hire self-motivated, service-minded team players who want to build a career in the industry. When they start they don’t know anything about the business, and in less than five years they’re experts. I marvel at what they’re able to accomplish.”

In the end, Skipworth believes that in the fast-paced events industry, what you know—and who you know—is everything. “We know Las Vegas and the Pacific Southwest,” she says. “We know all the venues and all the major players. We have the loyal network and connections that open the right doors. We know what works, what doesn’t and why. We take ownership of the success of our clients’ shows so they always go off without a hitch.”

Pollock agrees. “In an industry where almost anything can go wrong, we make sure everything goes right.”