The latest addition to ACC Liverpool, currently home to BT Convention Centre and Echo Arena, has already secured a combination of events before it opens its doors in September.

For the first time ever in Liverpool, customers will be able to visit large exhibitions whatever their hobbies and interests. It will host everything from fashion to weddings; pets to health and fitness; automotive to art and craft; gardening to DIY. 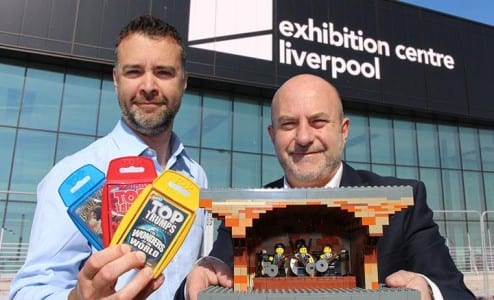 Tim Banfield, commercial director of The ACC Liverpool Group, said, “We have more than seven years’ experience as Liverpool’s largest events venue, bringing everything from the MTV Europe Music Awards to the Labour Party Conference.

“With the addition of Exhibition Centre Liverpool, we will be able to bring exciting exhibitions to the region for the first time – as well as supporting larger national and international conferences – and will be the UK’s newest destination for trade and public shows.

“It is terrific news for Liverpool as, in our first year alone, we are expecting to host about 40 events, attract more than 150,000 visitors and generate an extra £20m in economic impact for the city region. We are also building a new upscale Pullman hotel on site.”

Meanwhile Exhibition Centre Liverpool has launched a marketing campaign to highlight to the region that there will be something for everyone when the venue opens.

The Find Your Passion campaign, developed by the in-house ACC Liverpool Group marketing team, aims to focus on the diversity of events held at the venue. It will feature across a number of press titles, social, online and outdoor media.

Karen Williams, interim head of marketing at The ACC Liverpool Group, said, “The aim of Find Your Passion is to communicate to customers that Exhibition Centre Liverpool is a new venue which will bring something unique and exciting to the North West. We will host many different events and will cater for everyone whatever their passion and pastime.

“There will be an exhibition for everyone at our new venue, shown in the quirky illustrations in our ad campaign.”

As well as consumer exhibitions, Exhibition Centre Liverpool will host concerts for up to 6,000 people standing, expanding on the standing capacity of Echo Arena. The venue also hosts sporting events, large national and international conferences and banquets.

It features a glazed atrium with waterfront views as well as food and beverage outlets, multiple meeting rooms, external balconies and exhibition area and a business center.

Exhibition Centre Liverpool will include an integrated 216-room Pullman hotel, which is taking bookings from January next year. Both will be interconnected to the arena and convention center via a pedestrian link bridge, making the venue the only purpose-built interconnected arena, convention and exhibition center in Europe.