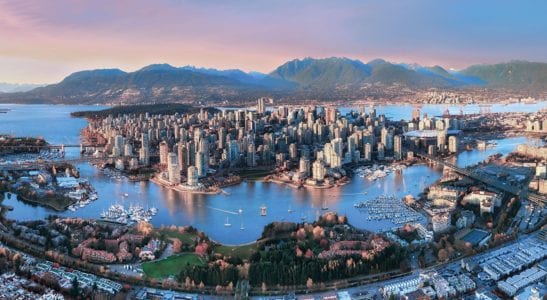 According to research compiled by data house STR, Vancouver is currently North America’s highest-rated destination for a business meeting. That announcement is part of the company’s recently released DestinationMAP (Meeting Assessment Program), a comprehensive study of meeting professionals and the meetings market in North America.

Out of 40 North American cities the data and analytics company studied, Vancouver was the highest-rated business meeting site (8.9 out of 10), exceeding all other markets and in a tie with San Diego. Vancouver also nets the highest percentage of combined 9-10 ratings overall in this category, which helped it edge out San Diego for top honors.

DestinationMAP queries meeting planners on their preferences and perceptions, as well as on industry concerns most relative to them. The 2017 report found that meeting planners view Vancouver highly in its safety and its uniqueness. Having a safe environment was ranked highest by meeting professionals as the most important factor they consider when contemplating a destination. Vancouver also took second place among cities for having upscale food options and a variety of things to do.

Boosting the city’s performance in the survey was the Vancouver Convention Centre, which was ranked No. 1 for state of the art technology, quality of on-site food, walk-ability near venue, fast internet, easy to work with staff, and attractive conference hotels nearby.

“We are thrilled to receive this recognition from STR’s DestinationMAP,” said Dave Gazley, vice president, meeting & convention sales, at Tourism Vancouver. “And it’s all thanks to the dedication, professionalism and unity of the city’s tourism and hospitality community. As Vancouver heads into one of its biggest convention years yet in 2018, more and more meeting professionals are turning their attention to Vancouver as a meeting destination, and we are confident we will carry this momentum in the years to come.”

“We are truly honoured and proud that the Vancouver Convention Centre was ranked first in its category in STR’s DestinationMAP,” said Claire Smith, vice president, sales and marketing, at the Vancouver Convention Centre. “The impressive results about the facility speak to the commitment of our team to deliver exceptional experiences for all of our guests, our state of the art facility, our stunning waterfront location and close proximity to hotels and other amenities in the downtown area.”