Working with Family – By Calanit Atia 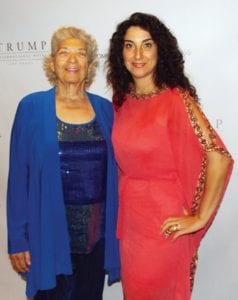 Very often in the trade show and exhibition industry, you will find family members working together. We ask, recruit or drag our families to help us with setting up booths or assisting at the office, especially if we are shorthanded, which we often are.

As in the case of John & Alex Fricke (below right) from Derse. John, the father, needed help with eight jobs at the CEMA show, so he recruited his son Alex, who was between jobs. John recalls, “It was pure desperation. I needed help and he agreed to work for free. Customers loved him. Two weeks later, I offered him a job on my team.” Started by luck, they now have been working together for three years, getting stronger every day.

My company, A to Z Events, a destination management company and entertainment agency, specializes in working with exhibitors and exhibit houses, suppling booth props and trade show talent or planning receptions. It was opened 2001 because of my mother Sara’s encouragement! She believed I could do it and she was there to help me in the early years with errands, such as going to the bank, or staying at the office, perhaps to receive a package. My greatest memory is from the EXHIBITORLIVE! Show – setting up my booth, my mother seated on a chair waiting for a delivery (photo above right, Calanit Atia and mother Sara). 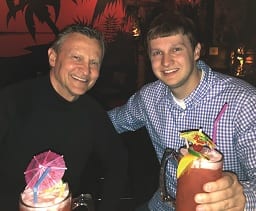 How many of us have memories like these? Many, I bet.

In 2015, I won one of the most prestigious awards in Las Vegas, “Women Who Mean Business,” from the Las Vegas Business Press. And I received a commendation from US Senator Harry Reid. My mother’s eyes lit up. This Award was OURS, not mine, OURS. There was nothing better than to share it with my mother. One year ago, October 2015, she became an angel; she will always be my guiding force 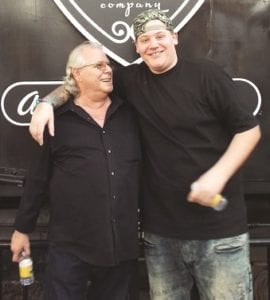 Recently, I had the honor of watching the same pride in a father’s eyes. Many of us hire bands and talented artists to work in our booths or for an event. In September 2016, I hired Jeremy Cornwell for the “Life is Beautiful” festival, the largest in Las Vegas. What was unique about this is that in Cornwell’s band, a father, Gene Liccardi (lead guitar), and son, Chris (drums, pictured together at left), were playing together for the first time EVER. Both very talented musicians in their own right, they never got a chance to play together until that day. The joy in their eyes, playing together on stage in front of massive crowds, was quite visible. You could have seen it from miles away, truly a special moment. Gene was filled with a father’s pride, in awe at his son’s talent.

“You know you have a great drummer when you don’t know he is there,” he beamed. “Turning around on stage, seeing my son – that is a memory that I will have forever.” Chris, as would any son wanting to make his father happy, said, “Seeing my father play on stage and having the biggest smile, which I never thought I would see again, meant everything to me.” 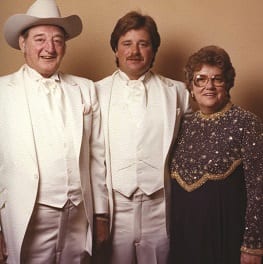 Our parents leave us legacies, as definitely in the case of Carl and Annie Birsa (photo bottom left), who founded CB Display Service, Inc. in 1969 in Chicago. When they opened their Las Vegas CB office in 1976, their son Dennis moved to Las Vegas with associate Paul Willet. “I absolutely loved working with my father and I still miss him every day,” said Dennis.

No doubt that families working together can be a force of strength.

Calanit Atia is founder and president of A to Z Events, an award winning event planner, a Las Vegas ambassador, social media maven, columnist, Air Force veteran and speaker. She can be contacted at Info@AtoZevents.com, twitter.com/CalanitAtia, facebook.com/calanit, linkedin.com/in/calanit instagram.com/calanitatia.