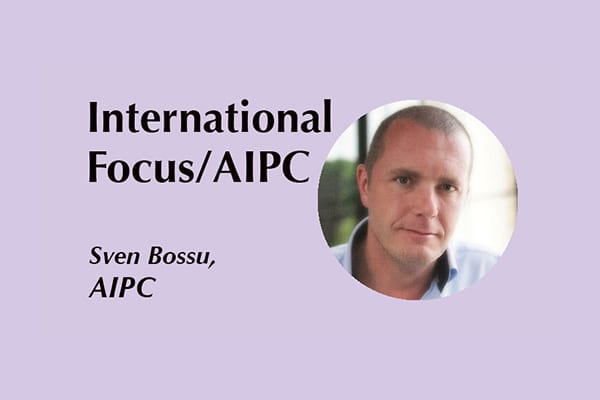 A Bumpy Road Toward a Great Destination

While a lot can be said about the achievements of COP27, the event industry has made steady progress since COP26. The initial pledge was fully articulated and translated into a roadmap toward zero carbon by 2050. In parallel, many convention centers have developed a strategy to reduce carbon emissions, sometimes nudged by the sharp increase in energy prices. The road ahead nevertheless promises to be a bumpy one.

At this moment, you want to be running a convention center in Portugal when it comes to meeting zero carbon targets. In the first 8 months of this year, half of the energy generated in the country came from renewables, and the government expressed the ambition to reach 100 percent by 2040. While this does not dismiss venues from looking for energy efficiencies, the impact on the local event industry footprint is clear and very positive.

This is obviously not the case for every country, and it is actually not the 2050 vision as outlined in the

Net Zero Roadmap for the Events Industry. There is indeed a lot of confusion on this topic and the matter is complex. What the roadmap says is that “by 2050, all energy related emissions should be accurately accounted for, energy efficiency should be maximized and renewable energy should be used where possible.” Once all of this is achieved, remaining emissions can be offset if there is no viable alternative. Nevertheless, the pathway to achieve this target remains ambitious and therefore challenging. Let’s have a look at the two first steps, to be achieved by end of 2025.

By end of 2023, every venue needs to have data collection and plans in place. By 2025, a universal system to be used by all venues needs to be in place to measure and track data. And of course, the plans defined by the end of 2023 should be put into action and reported upon.

These are not small steps to be taken in the next 36 months. While everybody agrees that what is not measured does not get done, defining a common metric and measurement standard is not straightforward. There is, however, a big upside to having such a standard: It will allow venues to compare and learn from each other, instead of comparing apples to pears. And let’s be clear: Organizers will be requesting this data as part of their efforts to reduce their carbon footprint. So—to quote a beloved monarch—we just need to get on with it.

The other short-term component—defining baselines and targets—is equally daunting, but for different reasons. Achieving targets will be a combination of moving to renewable energy AND energy efficiencies. As it is likely that both “legs” will consist of different components—some of which reinforcing each other—doing the mathematics will take some effort. A recent presentation given by Billy McFadyen from the Scottish Event Campus (SEC) at IBTM was a real eye-opener for me. The SEC wants to be carbon zero by 2030 at the latest. In order to do so, they are looking at a mix of solutions (hydro, solar, etc.), all of which are scalable. This means that if one of the solutions underperforms against objectives, the other solutions will be scaled up to meet the overall objective. In the target picture, it will even be possible to identify which type of energy has been used for which type of activity within a single event. Key lessons learned: There is no single solution—it will be a mix—and scalability is key.

Add to this the rapidly evolving technology, and convention center leaders are likely to have a real control panel at their disposal to become and maintain carbon zero. Just as an example with regard to technology: When I installed solar panels on my house in 2012, they had an efficiency rate of 17.8 percent. These days, solar panels can achieve a 39.2 percent efficiency. Just imagine what this would do at the scale of a convention center.

So while the convention center community has a challenging road ahead, the destination is definitely worth it. And by sharing knowledge and lessons learned at events and via other platforms, the journey also becomes a shared one, which makes it all the more interesting.