A Glimpse at Tradeshow History (August)

Highlights from the month of August

1851
The Great Exhibition in London ran for five months from May to October with August smack in the middle. The event organized by Great Britain’s Prince Albert and Queen Victoria was intended to promote international trade and demonstrate British achievements alongside “less civilized” countries. Somehow amidst all of the British good-will-towards-men, there was a good deal of concern the exhibition would encourage an invasion of foreigners, socialists or worse.

1876
Marking the 100th anniversary of the Declaration of Independence, the Centennial Exposition ran right through the month of August in Philadelphia, Pa. The show covered more than 450 acres of Philadelphia’s Fairmount Park with 10 million attendees and 30,000 exhibitors during a six month run. The bill for the event tallied at $11 million and took 10 years to plan. Shudder to think what that price tag would translate to today! 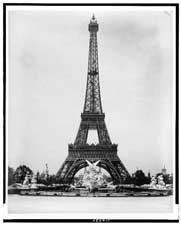 1889
The fourth exposition ever to be held in Paris, the Exposition Universelle is best remembered for the creation of the Eiffel Tower. The show ran from May to October on 237 acres of land, and supported approximately 30 million attendees.

1915
The Panama-Pacific International Exposition was held for nearly a full year in San Francisco, Calif. from February to December. It was a commemorative event for the completion of the Panama Canal. Everyone has heard the term “in the known world,” well during this international show this was the first time in history the whole world was known and intercommunicating. 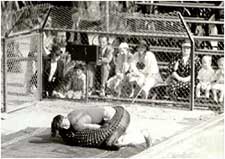 1933-34
The Chicago World’s Fair “A Century of Progress,” which took place in a golden age of world’s fairs, was up and running full swing. The event lasted from May until November of 1933. It re-opened in May 1934 and ran through October due to public popularity and in effort to settle debt collection. Although scientific in nature, the exposition featured varied attractions. There was a midway which included everything from rides and an enchanted island for children to such curious attractions as alligator wrestling to performances by the famed fan dancer Sally Rand.

1995
Thousands of Grateful Dead fans congregated in Chicago’s McCormick Place 31st street parking lot. It was days before the show, however that did not prevent them from camping out. Many of the “deadheads” were witnessed dancing, singing, cooking, and showering in the parking lot. Eww! 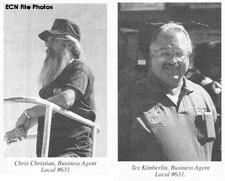 1997
Teamster’s local 631, based in Las Vegas, successfully negotiated one of the most beneficial labor last contracts of the past few decades. Business Agents, Chris Christianson and Tex Kimberlin, helped to change the face of labor negotiations while earning Teamster’s a dollar an hour raise and instituting ground breaking policies.

1999
Creative Management Services and Lincoln Studios merged into MC2. The management team served under MC2’s board of directors, and today, MC2 is a national powerhouse in the convention industry.

2000
Las Vegas landmark The Desert Inn, built in 1950, closed its convention floor doors for good. Some of its shows were rerouted to the new and improved meeting space of the Aladdin, which was opening simultaneously with the closing of the D.I, and accommodated them with 75,000 square feet of show floor.

A Glimpse of Tradeshow History (July)