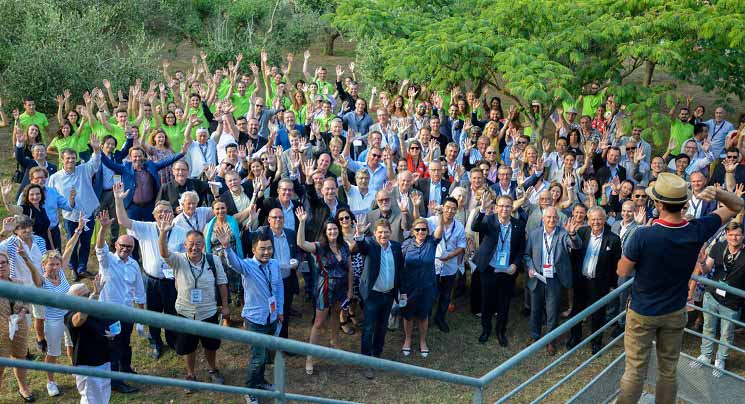 The world is shrinking when it comes to the exhibition industry, and for suppliers, working in new markets around the globe is easier than ever before. But even with significantly opened trade borders, the ability of a company to glide into a new international market and succeed is enormously dependent on one thing: their connections in the tradeshow industry. Locating quality suppliers to partner with, especially where language or cultural differences may exist, can be a daunting task, but those partnerships–or lack of them–have the ability to make or break an exhibition business before it ever gets off the ground on new soil.

Myriad associations around the globe seek to connect exhibition professionals, but each serves a particular niche, whether it is a country or type of service, and most have an open admission process that includes minimal screening of applicants when they apply. While good for networking, education, and advocacy within a particular region or profession, none can singly connect its members to a global database of verified experts working within the exhibitions marketplace.

So one organization has made it its mission to knit together associations and companies from across the world and do so with a vetting process that assures only the best of the best are represented in its rolls: IFES. The International Federation of Exhibition and Event Services has been serving the tradeshow industry since 1984, although its early days bear little resemblance to the powerhouse the organization has become.

The earliest iteration of IFES was a conglomeration of national associations that included EDPA from the U.S., FAMAB from Germany, FFME from France, ExpoBel (now Febulux) from Belgium, and BECA (now ESSA) from the United Kingdom. The organization in those days was small but purposeful; it sought to help 11 member organizations collaborate through networking and sharing knowledge. Today the mission of IFES is much the same, but it has taken on an impressively worldwide dimension.

Now, says IFES executive director Uta Goretzky, the federation includes around 300 associations and companies from 40 countries–each member active in the design, conception, production, and services used at exhibitions, tradeshows, and events. Small gatherings have given way to master classes, expert certifications, and global summits–the next of which will be in Chicago in June of 2018.

The IFES Global Summit–held once a year in rotating destinations–has more than doubled in size in the past five years, further evidence of the increasing globalization of the exhibition industry. Though the organization largely concentrated on the European marketplace in the beginning, recent years have seen the summits move to places like Moscow, Delhi, and Cape Town, South Africa, with each new destination deepening the reach of the federation into new markets.

Each event features a roster of speakers who address industry topics such as sustainability, international differences and industry trends, but for many, the greatest lure of the summit is the expansive amount of networking that members who come from around the world are offered, allowing them to cultivate relationships that will bring business to a new level in a new destination. Through meals, tours, and evening festivities, attendees forge bonds that are hard to come by through a computer interface, Goretzky explains. “Through networking, we help our members find partners,” she said. “Then, for example, when a client in the United States wants to expand their program to China or France, their supplier can connect them to the right providers in those markets with the confidence that it is a firm that has been carefully vetted.”

That networking is the hallmark of the organization, which IFES president Voicu Sferdianu says can be explained succinctly: “The global collaboration network. That is how we have chosen to explain what IFES is in three words,” he said.

But this is not just any networking opportunity where the reputation of the industry peers across the table might only be as good as their game faces. “An IFES membership stands for quality,” Goretzky says. “All of our members have signed the IFES Code of Conduct, which guarantees the integrity and quality of our partners.” That reputation for excellence, she says, is spreading through the industry, and becoming a member of IFES is seen as something of a badge of honor. “We ensure the quality of our membership through our strict application procedures, and not everyone can become a member,” she explains. “Of the 120 companies that applied for IFES membership since the beginning of 2016, only 80 were approved to be members.”

But for those who become members, a growing list of resources has made it a federation that is increasingly useful. In addition to providing research to help inform members and a platform for members to discuss things such as best practices, IFES is cultivating an education program labeled ICE for IFES Certified Expert, which will develop international skills for project managers, and it holds master class workshops in various cities around the world. Also new this year, Goretzky says, will be an app with easily searchable information and an enhanced membership directory available through its member portal.

In exchange for those and the other benefits of membership, IFES companies must agree to abide by a rigorous code of conduct that, if breached, could cost them their membership.

Among that code, members must promise to abide by edicts such as creating a safe and harassment-free workplace, ensuring all governmental fees, conditions, and regulations are followed, operating in a culture of honesty and respect, being accountable for all payments due to others, minimizing environmental pollution, and conducting themselves in a spirit of professionalism and fair play, among others. “So if an IFES partner serves the customer of another member,” Sferdianu says, “both the customer and member know that they will be treated in a professional manner from a company upholding the highest of quality standards. This is a value-added member benefit that is hard to put a price on.”

Also hard to put a price on is the opportunity to connect with like-minded companies on an international level right in Chicago. The gathering has been on a long hiatus from the United States, but organizers hope that its return to the center of the country will attract a host of professionals curious about the organization. With non-member and spouse packages, as well as a slate of elbow-rubbing, organizers have paved the way for broad participation, and they expect 2018 to be one of the biggest years yet.