Association News: The Summit of Inspiration in Athens 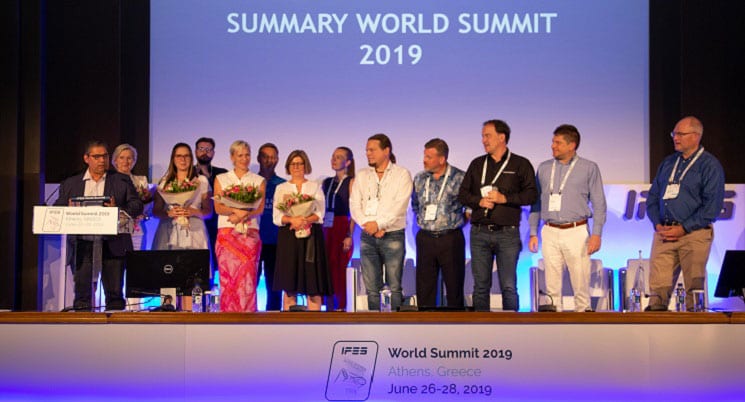 The International Federation of Exposition & Event Services hosted its annual summit meeting in Athens, Greece in June 26-28. As the “Global Collaboration Network,” IFES organizes its summit each year in a different country around the globe.  For 2019, IFES chose to have the gathering in the city where democracy, science and the fine arts were born. Athens is a city of history and ancient culture—the Parthenon, the Acropolis, the ancient agora, as well as fine wine and food. Athens is now a modern metropolis, a lively, open-minded, energetic capital that is also home to a state-of-the-art Metropolitan Expo Center in the heart of the city. 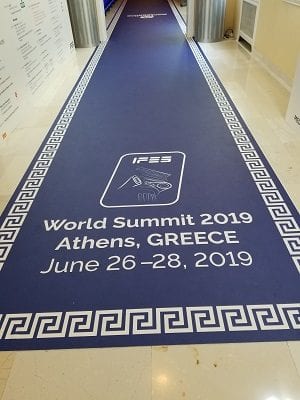 The new incoming president, Peter Theodorides of Vision Ltd/Athens, kicked off the event with enthusiasm and greeted the attendees with Athenian pride. “The Summit of Inspiration achieved what was promised—networking at its best, and an opportunity to seek the greatness within ourselves,” says Theodorides. “This event provided a true cultural and inspirational experience for the 253 attendees representing 31 different countries.” He concluded the meeting with a quote from Aristotle: “Pleasure in the job puts perfection in the work,” adding, “I truly am passionate to make IFES membership as valuable as it can be.”

“This year’s IFES event was the best I have ever attended,” says Cam Stevens of stevensE3 in Toronto, Canada, and chair of the IFES Education committee. “The speaker content was excellent, relevant and inspiring. The networking was engaging and keen. People really wanted to meet other people. Many opportunities for collaboration were created and there was a family atmosphere about the event that was intoxicating. Such a wonderful group of people to be engaged with!”

IFES has grown its membership from six European exhibit supplier associations to 45 worldwide exhibit supplier companies. With an ever-growing world marketplace, IFES is keen to realize the power of creating a collaborative spirit between exhibit suppliers to trust and work with across borders. 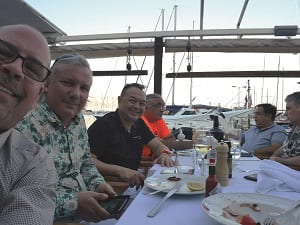 “In the process of meeting world supplier partners to trust at IFES gatherings, true friendships are also created that then go long beyond business,” says Koen Bogaert/Publiganda-Belgium and past IFES president.

As a past IFES president myself [says Larry Kulchawik], I truly am proud to see how IFES has evolved to become a leading global organization that supports the power of international networking for the benefit of the exhibitors, the customers we serve. I recommend you mark your calendar to attend the 2020 IFES Summit in Amsterdam, Netherlands from June 25 -27, 2020, and also meet IFES at Euroshop in Dusseldorf from Feb. 16-20, 2020 and at ExhbitorLive in Las Vegas from March 29-April 2, 2020.

The International Federation of Exhibition and Event Services has been serving the tradeshow industry since 1984 and includes around 300 associations and companies from more than 40 countries–each member active in the design, conception, production, and services used at exhibitions, tradeshows, and events. All members are required to sign and abide by the IFES Code of Conduct. For more info, visit www.ifesnet.com.