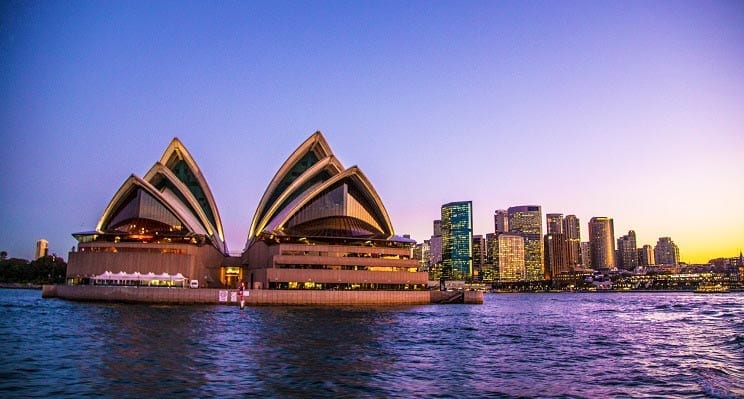 (Pictured above: The Sydney Opera House)

Whilst Australians and the world stayed home to stop the spread of COVID-19, many iconic cultural institutions, wildlife sanctuaries and experiences launched digital initiatives to keep people entertained and informed. Now with restrictions easing in Australia, many popular virtual initiatives are here to stay.

One of Australia’s major speaker bureaus, Saxton Speakers, has launched a series of Virtual Fireside Chats with some of Australia’s greatest minds. The chats run every Tuesday and Thursday at 10 a.m. AEST on Zoom with the upcoming schedule ranging from an entrepreneur, to a storyteller, business leader, author and university lecturer.

The online offering for Parliament House in Canberra, the meeting place of Australia’s federal politicians, lets viewers tour the corridors of power from their own home with a virtual tour. You can explore online exhibitions including Women in Parliament – a gallery of photos and stories celebrating the 235 women who entered Australian Federal Parliament. Notable parts of Parliament House’s nationally significant art collection are also online, including Indigenous artwork, portraits, historically significant pieces – some with years-long creative processes – and contemporary Australian art. Whilst on the website, event planners can check out the many event spaces at Parliament House including the Great Hall with its high ceiling, polished floors and grand entrance, the Marble Foyer.

New South Wales: From ‘our house to yours’ says the Sydney Opera House

The Sydney Opera House has launched a digital season of weekly broadcasts and premieres alongside podcasts and other features. From Wednesday to Sunday each week, event planners can tune in to see performances, interviews, behind-the-scenes tours and never-before-seen footage from the harbourside landmark. There are also insights from Opera House staff who share the memorable moments from the backstage life of the House. Aside from providing a variety of entertainment and food for thought, the digital season is the perfect opportunity to see the Opera House at work and glimpse the flexibility of the venue’s event spaces.

Stay in touch with furry friends

Taronga Zoo in Sydney, home to many native Australian animals and plenty of event opportunities including at the recently opened Wildlife Retreat at Taronga, has launched Taronga TV. There are live animal cams and chats with zookeepers to give you a stay-at-home boost and provide inspiration for future incentive experiences, such as koala encounters or overnight stays for groups.

Be ‘together in art’ with the Art Gallery of NSW

The Art Gallery of NSW has launched Together in Art to offer regular inspiration to art lovers and the events industry alike. The project features art classes with some of Australia’s greatest artists, new commissions, performances, and behind the scenes tours incorporating many of the gallery’s event spaces. The gallery is located next to the Royal Botanic Gardens, overlooking Sydney Harbour just a 15-minute walk from the city centre.

Australian Museum’s ‘Inside and Out’ digital experience

Australia’s first museum, focused on scientific research, collection and education, has opened its virtual doors with a new online portal. Inside and Out features specially curated virtual tours, online exhibitions and podcasts from a range of Australian scientists and thought leaders in a series called ‘Scientists in isolation’. You’ll also find ‘creepy jigsaws’ where you can piece together unusual photographs from the museum’s image library.  The museum, located in Sydney’s city centre, is undergoing a major AUD 57.5 million renovation that will increase exhibitions halls to allow two exhibitions to be held simultaneously.

Experience some of Opera Australia’s grandest productions from the comfort of your own home for free with the new online streaming service — OA | TV: Opera Australia on Demand.  It features exclusive content from its back catalogue including the world’s most comprehensive collection performances by Dame Joan Sutherland – a soprano who became the first Australian to win a Grammy Award for Best Classical Performance (in 1962). You can also find full performances of the award-winning annual event,  Handa Opera on Sydney Harbour, with its iconic floating stage and backdrop of the Harbour Bridge, Opera House and city skyline.

Queensland: All aboard the koala cuddle train 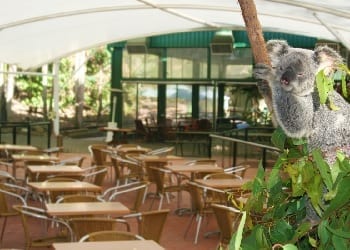 Tune in for heart-warming live streams of cute and cuddly koalas at Lone Pine Koala Sanctuary, a 15-minute drive from Brisbane city centre. There’s a range of koala cams to tune into, from the koala cuddle train to young joeys, making this the perfect break between tasks when working from home. For groups, a behind the scenes tour can be arranged in which they will learn more about the sanctuary’s history, operations and animals. And for something new to look forward to for future Australian events, it is also possible to dine alongside some of the sanctuary’s koalas in the recently renovated ‘Koala Forest’. Lone Pine Koala Sanctuary can cater for small to large events of up to 1,000 guests.

Unlock the mysteries of the Great Barrier Reef 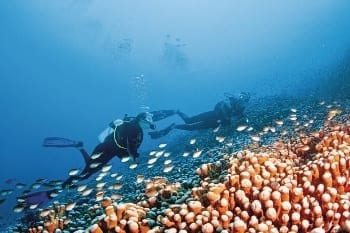 Event planners can see what some of Australia’s favourite Reef animals are up to with Reef Tracks by Citizens of the Great Barrier Reef. With real-time data, you can track turtles, sharks and manta rays, with the initiative showing their movements and locations since they were first tagged by researchers in an effort to better understand these amazing creatures and support their future through science. Citizens of the Great Barrier Reef is a charity supported by the Cairns business events industry through a recent initiative called Nurturing our Nature with Business Events.

The folk at South Australian Tourism Commission are inviting the world to sign up for SATV. The online TV channel provides inspiration and ideas from the comfort of your home and sees viewers taken in South Australia’s scenery, have a virtual koala encounter, learn winemaking with the Willy Wonka of viticulture, Chester Osborn and cook alongside Adelaide’s best chefs. Previous Facebook Live content can be watched too, including a guided tour of the universe from Arkaroola’s Astronomical Observatory – one of the clearest places to see stars in the Southern Hemisphere.

Tasmania: Tune in to the Tassie Devil Channel. Yes, it’s a thing.

The Tasmanian Nature Company’s Unzoo experience has launched a Tasmanian Devil Channel on YouTube with weekly episodes about Tasmanian devils, wildlife conservation, interesting characters of the bush and other unusual Tasmanian tales.  Unzoo is a world-first project to create a model wildlife and nature experience for the future.

The National Gallery of Victoria’s art offering is now available from afar, thanks to its new channel. Here, event planners will find a growing haul of virtual content to explore. Right now, you can join a free, curator-led tour of Collecting Comme, the NGV’s Indigenous art collection Marking Time and KAWS: Companionship In the Age of Loneliness exhibition. The virtual content gives glimpses of the many event spaces at NGV, 10 minutes’ walk from Melbourne’s city centre, which range from The Great Hall – with capacity for 600 seated or 1,100 cocktail style, to the Clemenger Auditorium with capacity for 250 seated.

Event planners can continue through Victoria’s cultural institutions by virtually touring the exhibitions in the Melbourne Museum, located a seven-minute drive from the city centre. Take a tour of the First Peoples exhibition and learn about the diverse languages, histories and cultures of the Victorian Aboriginal people. The team of museum experts also host regular Q&A videos where viewers submit their own questions. The virtual tours will whet the appetite of event planners for bespoke events within the Museum from cocktails with a blue whale skeleton to dinner beside a 25-metre-tall forest. The Museum has 15 event spaces catering for groups of 10 seated to 2,000 cocktail style.

The show will go on at the Arts Centre Melbourne

During its temporary closure, Arts Centre Melbourne is keeping the show going by live streaming its upcoming performances and making them available for viewing on their YouTube channel, starting with a celebration of legendary icon Edith Piaf.  The venue’s state-of-the-art audiovisual capabilities are on show during these online performances – giving event planners ideas for future events making use of over 10 event spaces including four theatres.

Northern Territory: Transport yourself to the Australian Outback

Event planners can now transport themselves to the Outback in the Northern Territory to explore the iconic Uluru – Kata Tjuta National Park via Story Spheres. The 360-degree images and storytelling serve as excellent research for when international groups can visit this magical part of the world again.

West Australian Symphony Orchestra (WASO) has released The Ensemble Editions, a series of digital classical concerts for event planners to enjoy from the comfort of their lounges. WASO’s Sounds and Stories also offers a unique glimpse of the Orchestra’s people from the Double Bassist to the music librarian. There’s a ‘meet the musician’ series of interviews, a list of classical music’s greatest hits, tidbits from the orchestra members lives – including at home during COVID-19 – and musical tastes and ‘Backstage baking’ recipes from the musicians who have their own backstage baking roster to share sweet treats during the interval of each performance.