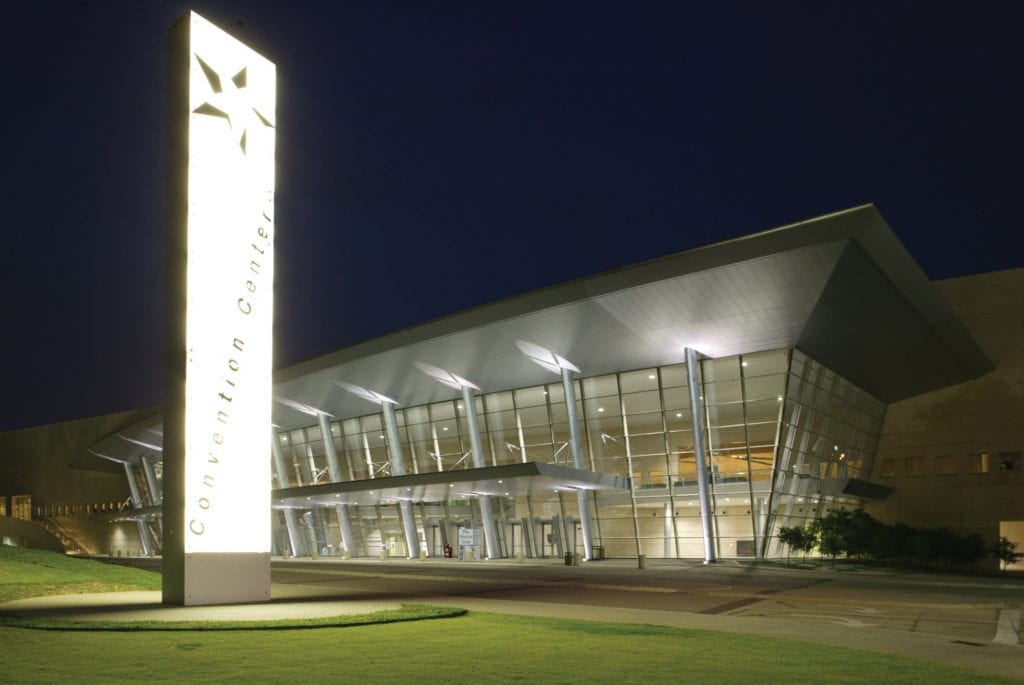 Square Footage: The KBHCC is more than 2,000,000 sq.ft. and contains 1,000,000+ sq.ft. of exhibit space. It has the largest column-free exhibition space in the U.S. and regularly hosts the Dallas Auto Show. The original structure of the CC still exists as part of the facility, the Dallas Memorial Auditorium, a 9,816-seat arena. The complex also houses a 1,740-seat theater, 105 meeting rooms, and two large ballrooms.

Parking: the KBHCC has a parking garage and three surface lots. Note that there are no in-and-out privileges and violators often have their cars booted.

Wi-Fi: Robust Free Wi-Fi is available throughout the facility.

Hotels: There are more than 100 hotels within a three-mile radius of the KBHCC

Airport Info: The KBHCC is 20 miles from the Dallas/Fort Worth International Airport, but is in a near straight line primarily on one highway.

Fun Fact #1: The KBHCC was the first U.S. convention Center to offer Wi-Fi for exhibitors.

Fun Fact #2: Queen filmed the video for their hit “Fat Bottomed Girls” during a concert at the Dallas Memorial Auditorium.

Fun Fact #3: Since it’s located in Texas, which frequently brags about how big things are, the KBHCC boasts the world’s largest bronze monument, featuring more than 40 oversized longhorn steers, horses and cowboys.