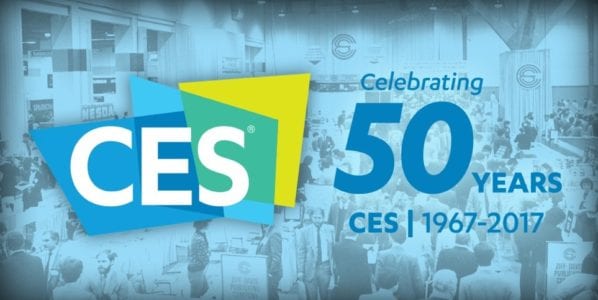 On its 50th anniversary in January of 2017, the International Consumer Electronics Show – which is now simply calling itself CES, broke the record it set in 2016 by logging 2.6 million square feet of exhibition space, 3,800 exhibitors, and more than 175,000 industry professionals in attendance. But while the event has long been known as a showplace for technology giants, officials say it has also become a launch pad for small startups – 600 of whom were showcased in the Eureka Park Marketplace.

“From startups to established businesses, traditional tech companies, along with those in new industries like travel and sports, came together and vigorously embraced technology for the 50th anniversary of CES,” said Karen Chupka, senior vice president of CES and corporate business strategy. “This year’s show was all about connectivity – both in the form of the technologies unveiled and in the valuable face-to-face business connections happening throughout the show.”

Organizers say CES continues to be the global stage for innovation, attracting attendees from 150 countries and more than 100 official national delegations. In addition to technology professionals, the event drew celebrities as well as dignitaries and high-ranking officials from governments around the world. Its social media hashtag, #CES2017, received nearly 1.4 million mentions, officials say.

“CES 2017 shifted to a new level as large and small companies from around the globe gathered to reveal solutions for many of our world’s most challenging problems,” said Gary Shapiro, president and CEO, Consumer Technology Association. “Our industry is bettering the world through connectivity and innovation, touching literally every facet of our lives. Today’s connected world was on full display this week at CES 2017 – our largest, boldest show in history.”