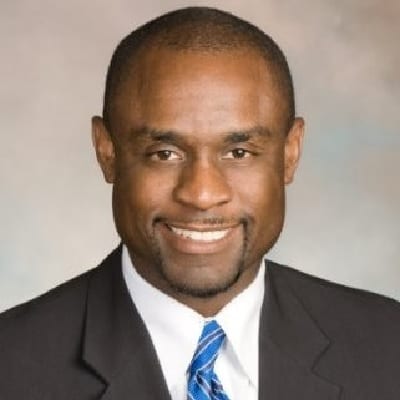 The Louisville Tourism CEO represents the destination at industry tradeshows and conferences and provides strategic leadership and oversight of the marketing agency in all aspects of its fiscal and daily operation.

Williams has worked in the hospitality industry for 40 years beginning as a sales manager at the Ritz-Carlton Hotel in Atlanta. After opening 18 hotels worldwide, Williams returned to Louisville and served 23 years at what was then the Louisville Convention & Visitors Bureau, retiring as executive vice president in 2012 and returning as CEO in 2014. She has served on boards of Leadership Louisville, Meeting Professionals International, Destination Marketing Association International and APEX Commissioner with the Convention Industry Council.  Williams has also served as chair for the Destination & Travel Foundation, a charitable organization dedicated to serving the interest of destination marketing professionals and highlighting the impact of travel around the world. In recognition of the diverse achievements and longevity of her hospitality career, Williams received the Dan Mangeot award in 2012 given to an individual who has greatly contributed to Louisville’s tourism initiatives.

This is Battle’s second time filling Williams’ role, as he was appointed executive vice president in 2013 before being named COO in 2019.  Battle has worked in the hospitality industry for 34 years.  Prior to coming to Louisville, Battle spent 12 years as vice president of sales & services for the Richmond Convention & Visitors Bureau in Richmond, Va.  He also held the positions of director of sales and sales manager at the Richmond CVB.  Battle began his hospitality career in the hotel industry working for Embassy Suites, Holiday Inn and Sheraton Hotels.  Battle is a native of Denver and a graduate of Metropolitan State College with a BA degree in Hotel/Restaurant Management.  He earned his Master’s of Business Administration in 1997 from Averett College in Virginia.   He is both a Certified Destination Management Executive (CDME) and Certified Association Sales Executive (CASE).

Says Board Chair Donald Lassere (pictured right), “The hospitality industry is an extremely competitive market for leisure and meetings business. Under Karen’s leadership, the Louisville landscape evolved with greater opportunities to incent highly sought-after conventions and tourism and the city was experiencing record growth in visitation prior to the pandemic. Working side by side with Karen for eight years, we know Cleo has the right combination of experience, leadership and vision to help our community maximize our opportunities as destinations like ours move into a recovery and rebound phase.” 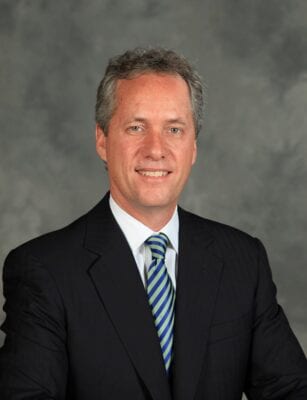 Louisville Mayor Greg Fischer (pictured left) adds, “It would be impossible to overstate Karen Williams’ impact on the record tourism growth that Louisville has seen in recent years, with a pre-pandemic peak of 19 million visitors in 2019. Beyond being one of our community’s most optimistic, dynamic cheerleaders, Karen brought incredible skills, experience and sense of collaboration to the job. She was instrumental in working with the city, state and tourism stakeholders to finance and support the beautiful renovation of KICC, which positions us well in a competitive market as people begin traveling again, post pandemic. I will miss Karen for so many reasons, but I am confident in her board, the nationally recognized team they have built—and in her successor, Cleo Battle, who has worked alongside Karen for several years. I appreciate Karen staying until summer to help ensure a smooth transition and I wish her much rest—and travel!—in retirement.”

Since 1968, Louisville Tourism’s primary goal has been to enhance the area’s economy through tourism development —to promote and sell Louisville as a world-class destination. Prior to the pandemic, tourism was the third largest industry in Louisville hosting 19 million visitors in 2019. This peak of visitation had been generating an estimated economic impact of $3.5 billion which supported 60,000 local tourism-related jobs. For more info, visit www.gotolouisville.com.