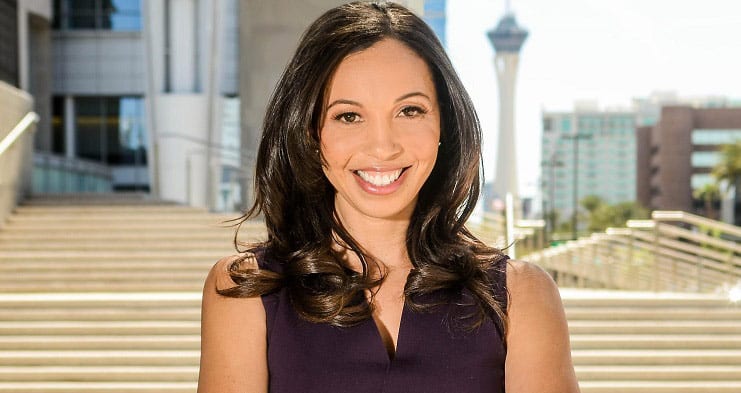 Think of Castango as Amazon for actors, eBay for entertainers or Uber for models. The young company connects tradeshow clients to spokesmodels, brand ambassadors, actors, performers and other entertainers directly.

“Castango is a digital job marketplace for models and talent,” says Chekesha Van Putten, who created it. “We’ve streamlined the casting process, saving time and money by eliminating the middleman. Now companies can search for, hire and pay talent on demand.”

Van Putten worked in film and television for nearly 20 years before she created Castango.  The L.A. native appeared in films (Austin Powers: International Man of Mystery) and television (Mad TV, Melrose Place) and performed in the Academy Awards. She spent a few years as a Laker girl and brought those skills to the big screen when she played a cheerleader in the film American Beauty. When L.A. got too crowded she followed her mother out to Las Vegas where she found some additional work with tradeshows and conventions, although she still returns to L.A. for auditions and work.

“Even though I had a successful career, I was frustrated with having to depend entirely on my talent agent for jobs,” Van Putten says. “That, combined with my love of technology led me to start a business to solve that problem.”

She noted that as a performer she had to sign up with multiple talent agencies and submit multiple headshots and resumes and then wait and hope that one of the agencies would call her.

“It was a scattered and disorganized system,” Van Putten says. “With Castango, as a talent you sign up, build your profile with your professional headshots and your biography, including where you’re based and any special talents you have. Then you can start looking for jobs and applying for them online.”

At first, the site worked primarily as a job board, but she realized that integrating payment into the site was an important component.

“It’s a one-stop shop for finding jobs, communicating applying and getting paid,” Van Putten says. “It’s even simpler for the companies looking to hire the talent. All they need to do is sign up and list their job.”

She described the typical process of going through a rep at an agency, submitting proposals and reviewing contracts as being cumbersome and complex.

“There’s a lot of discussion going back and forth along with multiple emails with attachments and negotiations,” Van Putten says. “It’s much simpler with Castango. For example, you could post that you’re looking for three tradeshow models for the CES convention and you’re paying $2,000 for the week. A notification would go out to all the talent that are in that geography.”

After the job is listed, talent can apply for the job and the client can review all the submissions. Once they find the people they are interested in, they can reach them by hitting the “Hire Talent” button on the site.

“That allows them to enter in their payment information and once the job is completed, the talent is paid online direct,” Van Putten says. “It’s a very simple process and it gets rid of a lot of paperwork that happens in a traditional brick-and-mortar situation.

“We also have magicians, impersonators, jugglers and many other crossover talents,” Van Putten says. “We have triple threats, for example, who can sing, dance and act.”

The site includes headshots of the performers, so clients know who they’re hiring. Between 70 to 80 percent of the talent are women, which reflects the current needs of the industry. Van Putten believes that Castango works because it empowers both the clients and talents to take control of their own needs directly.

“There is a large variety of talents listed on the site in Los Angeles and Las Vegas right now, because Las Vegas is our hub, but I see this business transcending to global,” says Van Putten.