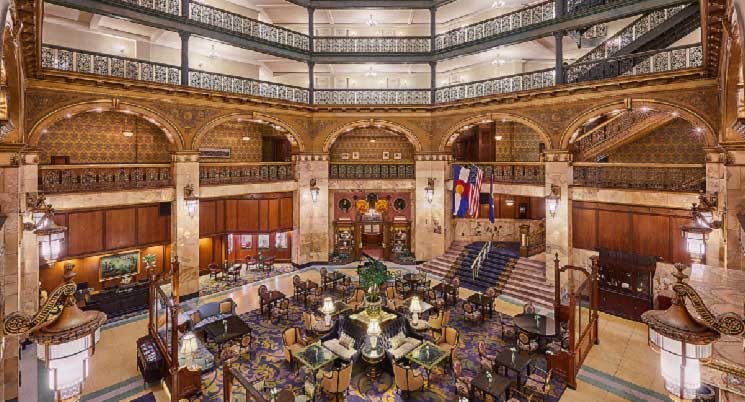 The historic Brown Palace Hotel and Spa, part of Marriott’s Autograph Collection, is known as the longest operating hotel in Denver and is one of the first atrium-style hotels ever built. It’s older than the state Capitol, was one of the first fireproof buildings in the country and has hosted almost every U.S. president since Teddy Roosevelt. A charter member of the National Trust for Historic Preservation’s Historic Hotels of America, the iconic hotel hosted the world leaders attending the G8 summit in 1997 and was featured in the 2017 Jane Fonda and Robert Redford film Our Souls at Night. 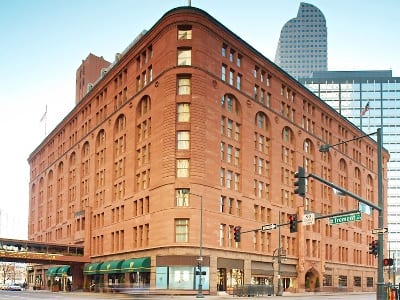 Financed by early Denver developer Henry C. Brown (no relation to Titanic survivor Molly Brown who frequently stayed there), the Brown Palace Hotel opened in 1892 as an elegant, nine-story building that was the tallest in the city. At a cost of $1.6 million and another $400,000 for furniture, the result was a luxurious hotel in which each of the 400 guest rooms had a window (thanks to the triangular design) and a fireplace.

Onyx from Mexico was imported for the lobby, the Grand Salon (now the Onyx Room) on the second floor and the eighth-floor ballroom. The eight-story atrium at its center was topped by a stained-glass ceiling and a skylight. The building boasted elevators, steam heat, a private electric plant and a private artesian well dug 750 feet into the ground. Tunnels were also built under the hotel and were most likely used for coal carts, but old rumors say guests in the early 1900s also used them to access a brothel across the street.

Owner Charles Boettcher lived in a top-floor apartment at the hotel from 1920-1948. His son, Claude Boettcher, saw the hotel through the Great Depression and World War II. An avid collector of model ships, he converted a former tearoom into the Ship Tavern, a wood-paneled pub that put his clippers on display. Opened in 1934, just after Prohibition ended, it is now the hotel’s oldest restaurant.

When The Beatles played Red Rocks in 1964, they stayed at the Brown Palace (in the Beatles Suite); the hotel later sold one-inch squares of the sheets they slept on for a mere 25 cents each.

Today, there’s 241 guestrooms and suites, including the new Signature Inclusive rooms. Amenities include plush terry robes, complimentary wi-fi in lobby and pure artesian water from its own well. The hotel boasts six restaurants and bars, a boutique spa and nearly 20,000 sq.ft. of meeting space. Its most recent renovation project was a $10.5 million effort that included new meeting space, guest room redecorations and a three-year restoration of the hotel’s sandstone façade.