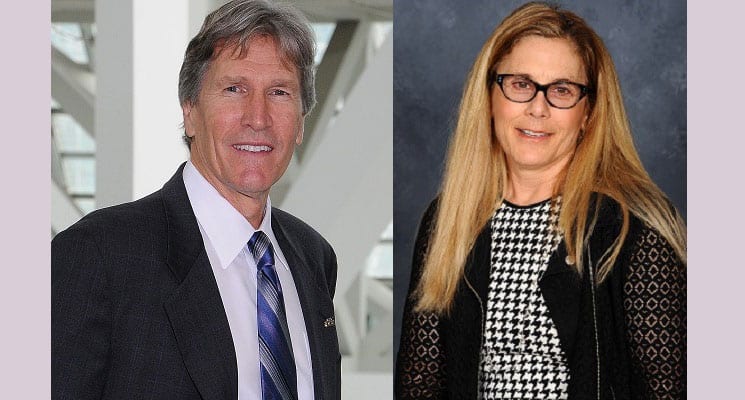 Ellen Schwartz (pictured, above right) has been promoted to general manager of the Los Angeles Convention Center and Brad Gessner (pictured, above left), who has been general manager since AEG Facilities was awarded the management contract in October 2013, has been promoted to senior vice president of the LACC, responsible for contract administration, strategic planning and participating on the expansion and modernization team for the LACC.

In her new role, Schwartz will be responsible for overseeing the day-to-day management of the 867,000 square foot facility including sales & marketing, public relations, operations, guest services and security, event services, human resources, food and beverage and parking operations while also overseeing the convention center’s operating budget, and revenue maximization.

Having joined the staff of the LACC in Oct. 2013, Schwartz has held a variety of executive and management positions including vice president of sales and marketing before being named assistant general manager in July 2017.

“With the successful overall performance achieved at each of the properties overseen by Brad and the ongoing expansion of our North America Convention Center portfolio, his diverse depth of experience will continue to be a valuable asset in the AEG network,” says Newman.

The Los Angeles Convention Center is renowned internationally as a prime site for conventions, trade shows, and exhibitions. Owned by the City of Los Angeles and professionally managed by AEG Facilities, the LACC attracts over 2.5 million visitors annually.  The facility is an integral economic component to the Southern California area, generating economic benefits through attendee direct and indirect spending and sustaining over 12,500 local jobs. The LACC also remains an enduring symbol of environmental sustainability and social responsibility, and is proud to be a LEED Gold certified facility; the venue was recertified on the Gold level in 2015 making the LACC the first convention center of its size in the U.S. to receive LEED EB:O+M Gold recertification. For more info, visit lacclink.com.