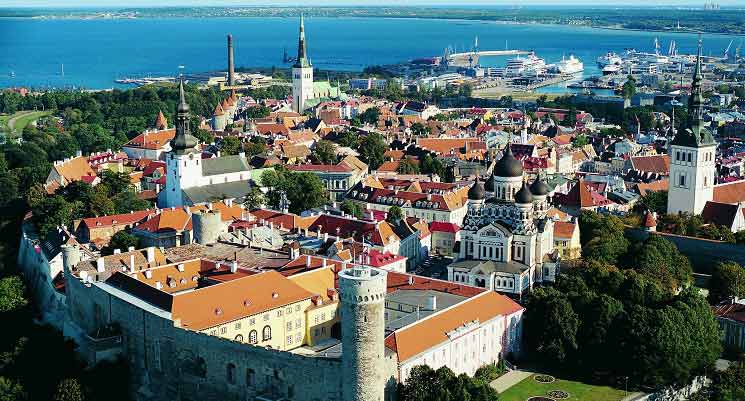 The Estonian Convention Bureau’s “Go Wild, Choose Estonia” marketing campaign has yielded stellar results in the year since its launch, including unprecedented growth in industry contacts, international press coverage and bureau membership, fresh statistics show. Based on the continuing successes, the ECB plans to extend the concept’s use well into 2020.

Introduced at ITBM World at the end of 2018, the “Go Wild” slogan highlights the abundance of nature-related activities on offer in the forest-covered country while at the same time prodding decision-makers to pick the decidedly novel destination. The theme has been the linchpin of the ECBs marketing activities since that time, with the organization’s social media messaging, blog posts, website, trade show efforts and PR activities all falling under its conceptual umbrella.

Among the wins tied to the campaign are a 60 percent rise in requests made to the ECB—typically inquiries related to meeting space, hotels and program ideas. Likewise traffic to the www.ecb.ee website increased by 25 percent over the period.

The ECB’s social media accounts are also booming, with Facebook followers up 96 percent over the year, Instagram followers up 162 percent and LinkedIn connections up a whopping 600 percent.

In addition to sparking positive coverage in the international press, the campaign received high honors from the International Congress and Convention Association when they granted it their ICCA Best Marketing Award at the closing ceremony of their 58th congress in October.

Even more impressive may be the 25 percent increase in ECB membership seen since the campaign began, with the City of Pärnu’s decision to join in January 2020 bringing the total up to 36.

“We knew we’d found a strong concept and strategy with the ‘wild’ theme, but we never anticipated the scale of positive attention it would attract. It’s generated an amazing response both among the international conference market and among key players in the Estonian travel trade, many of whom have decided to jump on board and become members,” says Estonian Convention Bureau’s Managing Director, Kadri Karu.

Karu noted that the ECB plans to continue the campaign well into 2020, as there are still many more ideas that can be fit into its framework. Additionally, the ‘Go Wild’ campaign will be joined early in the year by a sister campaign, ‘Invite your colleague over!’ The new effort is designed to encourage Estonian scientists and other professionals who are members of international associations to become active in attracting events to the country.

The Estonian Convention Bureau is a non-profit organization established jointly by public and private sector bodies. It was founded in March 2008 in order to attract international conventions to Estonia. The bureau’s 36 members include the cities of Tallinn, Tartu and Pärnu, and a number of DMCs, PCOs and hotels. It is co-financed by the Estonian Tourist Board, Enterprise Estonia. For more info, visit www.ecb.ee