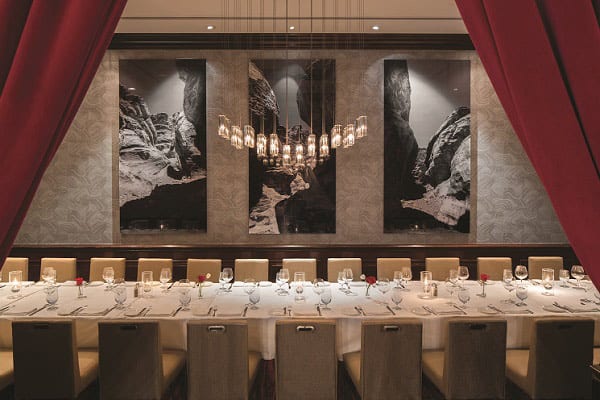 Private Events Are Just One of Their Specialties  by F. Andrew Taylor

Special events have been a part of the Charlie Palmer Group from nearly the beginning of the company when Chef Charlie Palmer opened the group’s first location, Aureole, in a townhouse on Manhattan’s East 61st Street. 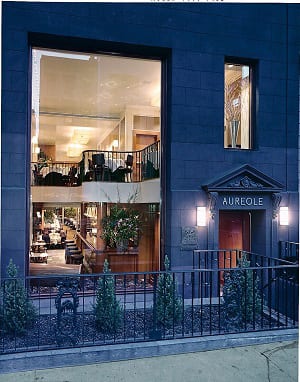 The space is still there at the original Aureole location. Originally called “Astra” it is now “Upper Story.” Currently, the Group has nine restaurants in New York City along with eight more spread out between Napa Valley, Sonoma County, Calif., Washington D.C., Las Vegas and Reno and each one has private rooms for meetings and events. Each venue is different and spaces range from those capable of handling 10 people to those that can accommodate 150.

“Every venue does private events,” says Femenella. “It’s a big part of our business. About a third of our revenue is from it. We have six full-time events sales coordinators and about 10 strategic partners in the hotel world, so we also work with hotel staff and coordinators.”

Over the years the group has handled events for big awards ceremonies, including the Oscars, corporate events, network parties and simpler affairs, such as wedding and wedding rehearsal dinners. The largest event they’ve handled was for 5,000 staff members of the Bureau of Land Management. The group took over the entire Fashion Show Mall in Las Vegas for the catered event.

One of the other kinds of special events the group does are partnership events with companies that handle high-end products.
“For instance, we’ve done events with high-profile brands, like Parmigiani watches, which start at around $200,000 and go up to the millions,” Femenella says. “We’ve been able to bring some of our high-profile guests to these dinners and it’s a chance for us to show the partner company’s brand to our clients while showing our brand to their clients. It’s win/win.”

In celebration of the group’s 30th anniversary a variety of events are planned starting in mid-October. “We’re bringing in some of Charlie’s alumni chefs, including Michael Mina and the Voltaggio brothers,” says Sarah McLellan, a spokeswoman for the company. “We’re also doing a larger scale event in partnership with Michelin and City Meals on Wheels where we’re bringing in Daniel Boulud and Michael White. A lot is happening with the brand and celebrating 30 years of service.”

Femenella feels that some of the most interesting meetings the group hosts are also some of the ones that go off without much fanfare. “We have numerous private rooms at our Charlie Palmer Steak restaurant in Washington D.C., which is literally across the street from the Capitol,” he says. “It’s the only restaurant you can walk from and back to the Capitol in a timely manner. They call our restaurant ‘Congress’ dining room.’ It’s the place to go for a quiet meeting outside of the Capitol Building.”

He says that the rooms are active Monday through Friday for breakfast, lunch and dinner, despite the fact the restaurant isn’t open for breakfast. “We’ve got breakfast groups scheduled every day, having meetings,” explains Femenella. “I’d like to think that a lot of the big decisions made about the country and the world are done in our restaurant,” adding, “I like to think that if we can put them in a good mood, the world is a better place.”

Since the beginning of his celebrated career, master chef and hospitality entrepreneur Charlie Palmer has received critical acclaim for his signature Progressive American Cuisine: bold, dynamic flavors and unexpected combinations built on the foundation of classical French technique. Palmer was an early advocate of farm over factory food and the authentic American cuisine it inspired, and he is a frequent guest on NBC’s Today Show. He is also the author of six cookbooks. For more info, visit www.charliepalmersteak.com.