Exhibiting with Our No. Neighbors – By Lesley Martin 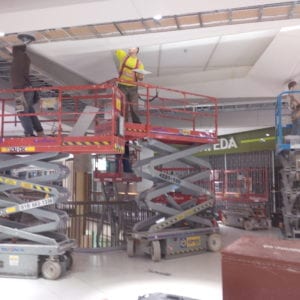 Overshadowed by the economic climate of the U.S., Canada is often relegated to the background. Yet with recent changes and uncertainties in the U.S. political landscape, especially surrounding immigration, Canada is increasingly becoming the alternative location for conducting business. Tech companies like Microsoft and Amazon, which currently have offices in Seattle, are considering opening locations in Vancouver, British Columbia to accommodate their foreign-born talent.

For trade shows, friendly and unassuming Canada is an attractive host. Not only are the cities diverse and welcoming to international visitors, but Canadians also speak English, the global language of business. Bordering on the U.S., Canada is easily accessible for Americans. The smaller footprints of its convention centers are more manageable, especially for large trade shows sizing down. In 2017, Canada will host U.S. and international trade shows like the Global Petroleum Show and the North American Food Innovation Exhibition.

To help us compare the huge and complex U.S. trade show industry to Canada’s, we caught up with Brian Kearns, whose company Laborinc.ca offers independent contractor services to U.S. and overseas exhibitors. Kearns gave us the ins-and-outs of exhibiting in Canada. 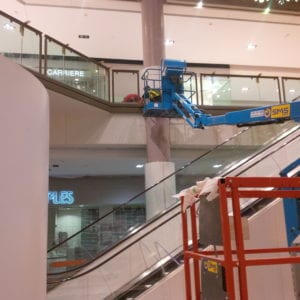 In the US., trade show unions evolved from those of carpenters, builders, window display decorators, sign-painters, and other trades. Without a single point of origin, US unions lack a centralized governing body. Labor rates, skills, and processes vary from city to city. Workers are immobilized. A worker who pays dues to his local union in San Francisco cannot work for the union in Chicago.

Although Canada is the largest country in landmass, its population is only 35 million. (That’s only 10% of a population of 318 million in the US.) Canada simply does not have the population to support disjointed unions. Thus, Canada only has two national unions for trade show installers: The United Brotherhood of Carpenters and Joiners of America, which has locations across Canada and the U.S.; and The Labourers’ Union Local 506, which includes laborers from other industries, like hospitality. With only two national unions, the Canadian workforce is free to work across the country. Workers travel to job sites across the country to meet workflow demands. 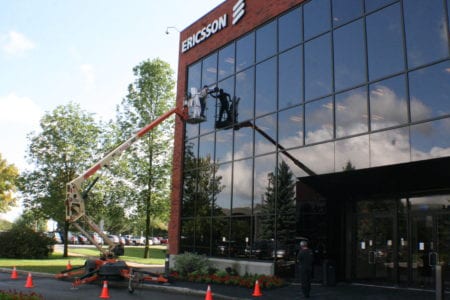 Crews That Can Do It All

During on-site installation, the frustrating bottleneck of waiting for another union crew is eliminated. Rather than losing hours waiting for electricians to plug-in the monitors, or the rigger to assemble the sign, the single hired crew does it all. Exhibitors are often surprised at the crew’s speed to execute, and they enjoy the cost and time savings.

During the off-season, crews work on a spectrum of environmental projects, such as permanent installations, retail environments, museums, and millwork. Crossing-over into other disciplines makes work interesting for the workers. Exhibit installers enjoy working with heavy tools like saws, while traditional carpenters describe configuring the modular trade show exhibits like “an adult Lego set.” 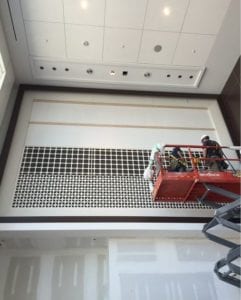 For a US trade show, most exhibitors hire the local crews who know the convention center and belong to the region’s union. However, it’s common for Canadian design/build houses to send their carpenters to install exhibits on-site at the trade shows. (This is common across Europe as well.)

Convention centers in the U.S. are designed for large trade shows and may have 100 docks for receiving shipments. Some Canadian convention centers, however, have just two. That’s why Kearns always recommends hiring the show’s contracting freight company. You’re more likely to get your properties to your exhibit space in time. Otherwise, you run the risk of your hired crew waiting for your freight. When crews stand around, the unnecessary hours and dollars add-up.

Upon show close, the “empties” are delivered to the exhibit space quickly, and most exhibitors are packed-up and out within a few hours. In the U.S., access points are limited by the size of the show, so the empty crates are not available until the next morning. Properties are left on the show floor overnight, which can raise concerns for theft and damage.

“In the times in which we left properties out overnight, our crews have arrived in the morning to find our clients’ exhibit is one of the only exhibits left in the hall,” said Kearns. Sometimes, even the freight desk has packed-up and left by morning.

At show closing time, Kearns recommends that exhibitors have an I&D crew member assist by reviewing shipping details, packing-up collateral materials, securing the exhibit, and taking down lights and shelving. About an hour after the close, the “empties” should arrive and the rest of the crew can start packing-up the properties.

While the trade show industry is not as large as in the US, Canada offers an attractive place to exhibit. It’s simpler, smaller, and more manageable. If you’re exhibiting in Canada and need personalized service, work with your independent contractor to source labor.