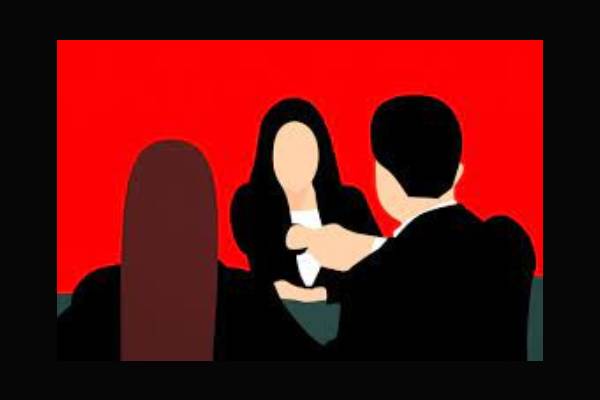 Help Wanted!: The industry works to retain and attract staff during a post-pandemic frenzy

Brad Falberg didn’t have to be a labor analyst to recognize hiring challenges brewing on the post-pandemic horizon.

In a proactive strategy, the founder and president of Atlanta-based Exhibitus sent a memo to his staff, reminding them that he’d saved their jobs during the COVID-19 pandemic and coinciding shutdown of the tradeshow industry.

Now that the pandemic has eased and “Help Wanted” signs are posted in business windows across the nation, the boss is asking his loyalists to reciprocate on his commitment.

“The ones with me now would say I kept their jobs open, kept their benefits and we stuck together as a company and as a family,” Falberg says from his vacation in Florida. “You have to build a culture where you want to be there, you like the people you work with, you like what you do, you take pride in your work.”

While many companies in the meetings and events industry were forced to lay off 80 percent to 90 percent of their staff during the pandemic, Exhibitus managed to retain two-thirds of its 135 employees.

The company that designs and builds exhibit booths took advantage of limited government aid and cut workers’ pay to minimum wage, which still allowed them to collect unemployment benefits and remain on the company’s health care plan.

It eased the “whiplash” effect, Falberg calls it, that came when the industry regained traction and companies started fighting like wolves over a deer carcass to fill the post-pandemic employment void.

During the pandemic, when the entire global economy was in peril, people moved on to other jobs, started new careers, worked from home, took early retirement and in various ways, vanished from the workforce.

About 60 percent of jobs lost had returned at the beginning of 2022, but total employment was still down by about 5 million jobs compared to pre-pandemic levels, according to the US Bureau of Labor Statistics.

AVEX, a Minneapolis, Minnesota-based audio, video and lighting company, cut about 30 percent of its nationwide staff at the outset of the pandemic, says Tim McVean, vice president of sales and marketing. The company was able to rehire most of its core team within six months and has been fully staffed for the past 18 months.

Among those who lost their jobs during the pandemic, 94 percent said they would consider coming back to work for the right job and pay, a new CNBC All-America Workforce Survey found.

“We’ve worked hard to provide folks with a great place to work for many years,” he says. “The stakes have just gotten higher. Luckily, we haven’t experienced a lot of turnover like some of our competitors. I think being a growing company that provides opportunities for career advancement makes a big difference.”

It’s no surprise that skilled workers such as carpenters, designers and project managers had to leave the industry as the pandemic dragged on, says Jenny Koehn, vice president of sales for Condit Exhibits.

The Denver-based builder of custom tradeshow booths laid off about 60 percent of its workforce across all departments. The rehiring process started in third quarter 2021, and it’s been challenging, she admits.

“Replacing institutional knowledge is a tall order and we’ve found it’s critical to hire individuals with tradeshow experience for many of the key positions,” Koehn says.

Finding qualified, skilled workers was a problem even before the pandemic, exacerbated by an overall decline in work ethic, particularly among younger generations, Falberg observes.

The hunt intensified once virus cases subsided and business restrictions were lifted.

The shortage is not confined to the shop. It’s everywhere, Falberg contends, from sales representatives to design and engineering, from project management to warehouse and show floor labor.

The average age of installation and dismantling (I&D) workers is over 50 years, he notes, and like the shop problem, he can’t find young workers to do the jobs typically needed in the tradeshow industry.

Even in the “Entertainment Capital of the World,” it’s become tougher to find talented people, says Keith Nelson, branch manager for AVEX in Las Vegas. He knows several technicians and skilled workers who left the entertainment industry during the pandemic.

“For me, it’s production management and technical. I get lots of applicants, but most don’t have a lot of experience,” Nelson says.

Koehn lists warehouse positions as the hardest to fill and maintain at Condit.

“And they’re critical to our success, the last set of hands on the booth,” she adds. “We’ve experimented by hiring relatives, friends, students in a transition phase … nearly anyone who is reliable and trainable.”

The cutthroat battle for workforce retention is not lost upon Falberg, who founded Exhibitus in 1994 after learning the ropes of the tradeshow industry as an account executive.

Exhibitus hired a sales rep who had been let go in Phoenix, and when his former boss called and wanted him back after the pandemic, the discarded salesman tactfully declined.

“I know they’re being recruited,” Falberg acknowledges. “I sent them a memo telling them ‘I appreciate your dedication to Exhibitus, just as Exhibitus was dedicated to you during the pandemic.’”

McVean of AVEX sees a lot of folks moving around the tradeshow industry currently and available for full-time employment. “If you have an attractive offering, you can still find excellent talent,” he says.

In general, Koehn sees the power shifting back to employees. They have more options than ever.

“While the pandemic forced us into short-term survival mode, we’re searching for individuals who will be committed to a long-term career with Condit,” she says. “But also accept the reality that many will only stay for a couple of months or years. So, we’re aiming to attract the individual with the best attitude and cultural fit and hope that they find contentment in the role and company.”